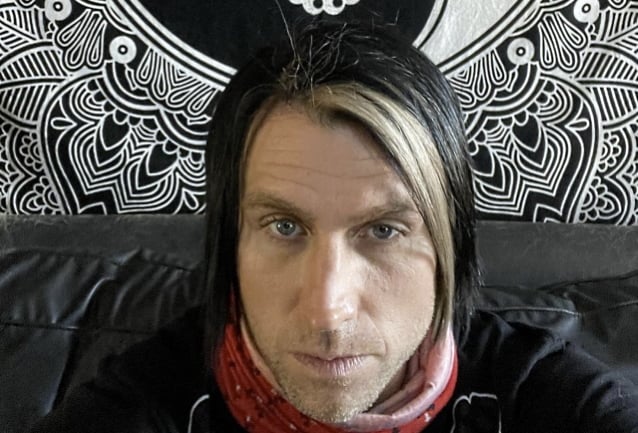 In a new interview with "The Scotty Mars Show", THREE DAYS GRACE singer Matt Walst weighed in on the online feud between fellow Canadian rockers Danko Jones and MONSTER TRUCK frontman Jon Harvey. Danko has been very critical of Jon's contribution to Kid Rock's new single, "Don't Tell Me How To Live", in which Kid — whose real name is Robert "Bob" Ritchie — rants against "woke" culture and the mainstream media at a time when "every opinion has a millennial offended."

Speaking about whether he and his bandmates ever voice their political views publicly in order to sway their fans one way or the other. Matt said: "I feel like that has become a thing now, where either you're left or right. We tend to just stay in the middle and listen to everybody. I feel like everybody's choosing sides. Man, we don't care. If you believe this, that's your thing. Yeah, we don't get into that."

Walst went on to say that while he hadn't yet heard Kid Rock's "Don't Tell Me How To Live" at the time of the interview, he was an admirer of his music and performance style.

"Kid Rock, he's got this raspy, cool — it's almost old, Southern-type rasp to it," he said. "I'm a big fan. I actually got to hang out with Bob a few times. I watched him fly a helicopter to Chad Kroeger, the singer of NICKELBACK's yard and land in the yard and then come up to the studio. And he started listening to songs that we were working on for [my pre-THREE DAYS GRACE band] MY DARKEST DAYS stuff. And then he played the Commodore in Vancouver and we got to go hang out and party with him before and then watch his show. It was a lot of fun. And he flies. So he was actually piloting the thing — with somebody else with him. I remember him just landing right in the yard. 'Oh, Bob's here.'"

THREE DAYS GRACE will release its seventh studio album, "Explosions", on May 6 via RCA Records. The official Jon Vulpine-directed music video for the LP's first single, "So Called Life", was released last month. The song is the first new original music from THREE DAYS GRACE since the Juno Award-nominated "Outsider" album came out in 2018.

THREE DAYS GRACE recently announced more than a dozen U.S. dates for April and May 2022, including a number of headlining concerts and radio shows as the support act for GODSMACK.