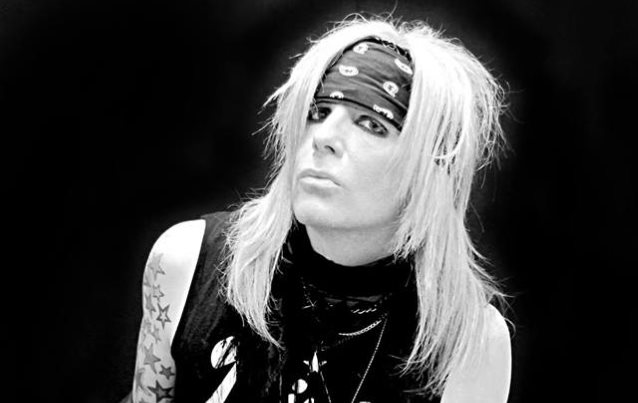 U.K. glam metal veterans TIGERTAILZ have tapped their bassist, Rob Wylde, to sing for the group following the recent departure of Jules Millis. Wylde was previously the frontman in TEENAGE CASKET COMPANY and the U.K. POISON tribute act POIZON.

TIGERTAILZ guitarist Jay Pepper had this to say about the band's latest addition: "Rob was the obvious choice here; no question of anyone else. He's already a proven frontman in his own bands TEENAGE CASKET COMPANY and POIZON. He's a great guy to work with and has the same high standards as us. He's a perfect fit going forward for TIGERTAILZ, and with our new bass player to be announced in a few weeks, it's onwards and upwards for a new exciting 'TAILZ era."

Millis left TIGERTAILZ in March "due to personal reasons." He joined the band in 2012 folllowing the acrimonious exit of TIGERTAILZ's longtime singer Kim Hooker.

As the U.K.'s answer to POISON and MÖTLEY CRÜE, TIGERTAILZ was the only U.K.-based band of this ilk to dominate the U.K. charts at the end of the '80s, with "Bezerk" hitting the U.K. Top 40 and a U.K. Top 5 live video release filmed in their hometown Cardiff.

TIGERTAILZ's founding bassist Pepsi Tate passed away on September 18, 2007 after a battle with pancreatic cancer. He was 42 years old.