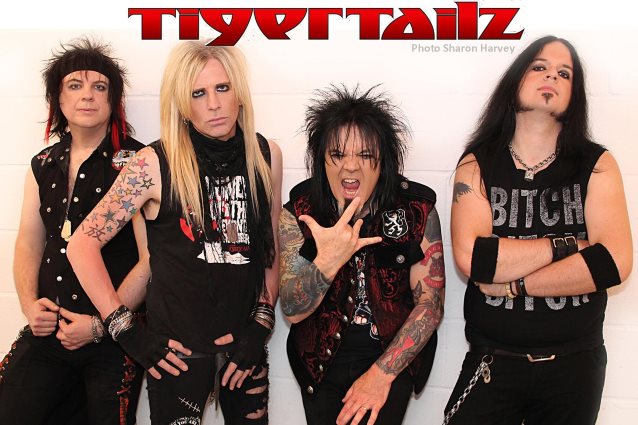 Welsh glam metal veterans TIGERTAILZ will release a new album, "Blast", on April 25. The CD will include the song "Pipped It Popped It", which was written specifically for this year's Eurovision Song Contest.

"Pipped It Popped It" was submitted to the judging panel, who choose a shortlist for a public vote, with the winner going on to represent the U.K. on May 14 in Sweden. The track, however, was almost immediately rejected.

Guitarist Jay Pepper blasted the U.K. Eurovision panel, saying in a statement: "Was our song even listened to? Who knows, but clearly the BBC and U.K. Eurovision fan club didn't think a song and image that celebrated David Bowie's 'Ziggy Stardust', MOTT THE HOOPLE, THE SWEET and T.REX was worthy of showing the British public and letting them decide. They obviously know better. Well, their track record over the last five years proves this, doesn't it?"

The first full TIGERTAILZ studio album in nearly ten years, "Blast" will include a full-color 12-page booklet to go in an already jam-packed ten-panel CD inlay.

TIGERTAILZ launch their U.K. tour in Sutton In Ashfield on April 8.

TIGERTAILZ last year tapped its bassist, Rob Wylde, to sing for the group following the departure of Jules Millis. Wylde was previously the frontman in TEENAGE CASKET COMPANY and the U.K. POISON tribute act POIZON.

Millis left TIGERTAILZ in March 2015 "due to personal reasons." He joined the band in 2012 folllowing the acrimonious exit of TIGERTAILZ's longtime singer Kim Hooker. 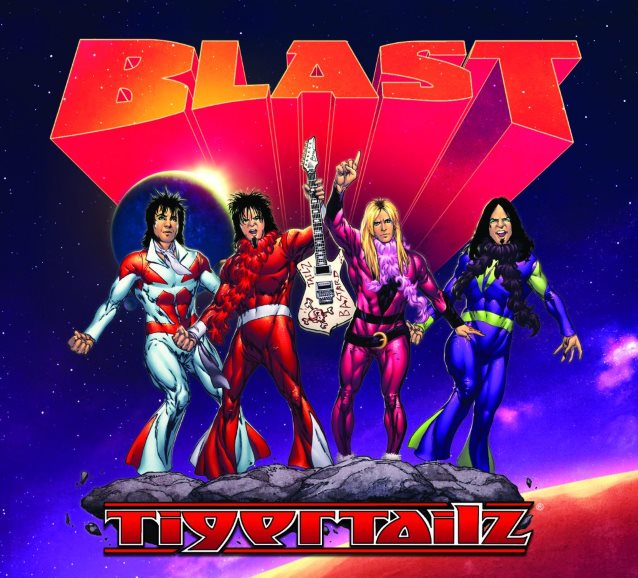