Without question, AC/DC are one of the greatest rock bands in history. Their mammoth power chord roar became one of the most influential hard rock sounds of the '70s and is synonymous to rock culture to this day. It continues to be one of the defining sounds of rock and metal, and combined with the larynx-shredding vocals of Bon Scott (1974 - 1980) and Brian Johnson (1980+),the band enjoyed commercial success well into the 2000s, even up until 2016 selling out stadium shows across the globe.

"Let There Be Rock – Orchestrated" is a world first and brings to light a unique production scale that brings the thunderstruck sounds of AC/DC in to a world all of its own, featuring a lineup of some of the world's best rockers coming together to form a super group and backed by a 30-piece symphony orchestra to power out the biggest sound ever created!

You want rock? You want grit? You'll hear the full orchestrated rock arrangements of many AC/DC classics, including "Highway To Hell", "You Shook Me All Night", "T.N.T", "Whole Lotta Rosie" and so many more in this two-hour concert production. Imagine "Back In Black", the seminal anthem of generations, with the power of the 30-piece symphony orchestra conducted by Australia's most celebrated conductor, George Ellis, behind one of the most rocking super bands that can be assembled!

Titled in recognition of AC/DC's fourth Australian album released in 1977, "Let There Be Rock – Orchestrated" will feature all the hits from AC/DC's career from both Bon Scott and Brian Johnson eras. With a lineup featuring Owens, Wright, NOISEWORKS founding bassist Steve Balbi, guitar legend Joel McDonald, former bassist for ARIA Hall Of Famers THE ANGELS James Morley, MONDO ROCK bassist Paul Christie, and introducing the most powerhouse female rock vocalist in the country, Cynthia Gallie, this show will prove to be one of the most exciting rock 'n' roll events to hit Australia this year.

Tickets go on sale to general public on Monday, July 23 at 9 a.m. AEST. 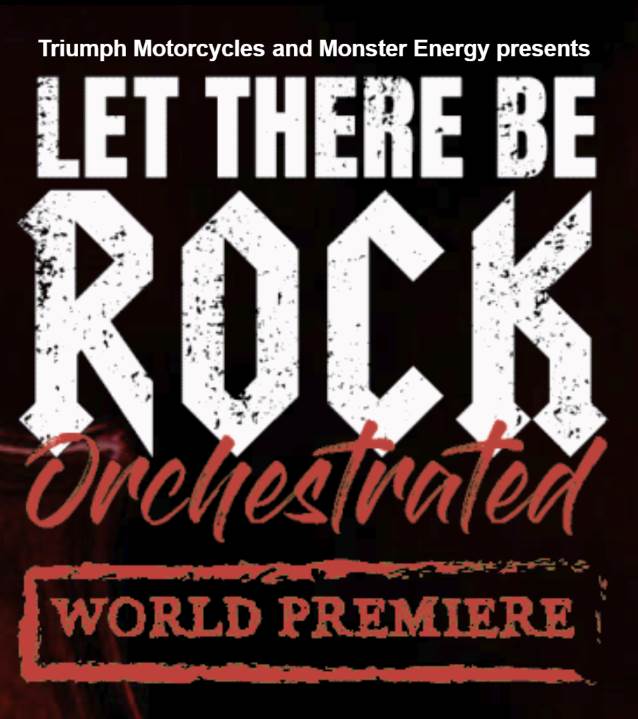