Frontiers Music Srl recently announced the return of TIMO TOLKKI'S AVALON with the release of the long-awaited third chapter in his metal opera, "Return To Eden", on June 14. Today, the official music video for the third single, "Godsend", featuring Mariangela Demurtas (ARDOURS, TRISTANIA) on lead vocals, has been made available. Check it out below.

Five years in the making, "Return To Eden" marks a new return for the legendary ex-STRATOVARIUS guitarist and composer Timo Tolkki. Following a few personal issues which forced him to take a step back from the spotlight, Timo started the writing process for the new album and, with the help of the Italian producer Aldo Lonobile (SECRET SPHERE),completed this outstanding comeback album. A convincing and inspired release, Timo's hunger to create is stronger than ever. As with previous releases, a slew of heavyweight guest vocalists were brought in to handle lead vocal duties. "Return To Eden" features appearances by renowned Dutch singer Anneke Van Giersbergen (ex-THE GATHERING),Zak Stevens (ex-SAVATAGE),Todd Michael Hall (RIOT V),Demurtas and Eduard Hovinga (ex-ELEGY).

"I would like to say… Tolkki is back!" exclaims Timo. "I feel that this is one of my best works to date and I believe the whole cast of singers and musicians truly went above and beyond the call of duty. We managed to create a really great record. I hope the fans will like it."

Tolkki has traveled a hard road to get to today, but he is back and more determined than ever to take back his rightful place in the metal scene that he so much deserves after all these years.

Although AVALON has been described by the media as a metal opera, it really is a vehicle for former STRATOVARIUS guitarist Timo Tolkki to express his music in various formats using high-quality musicians. It doesn't have a permanent lineup except for Tolkki.

The project's name comes from the film "The Mists Of Avalon", which tells the story of King Arthur. The film describes Avalon as a place likened to "heaven" that normal mortals cannot see and it is divided by mist. It is one of Tolkki's favorite films. 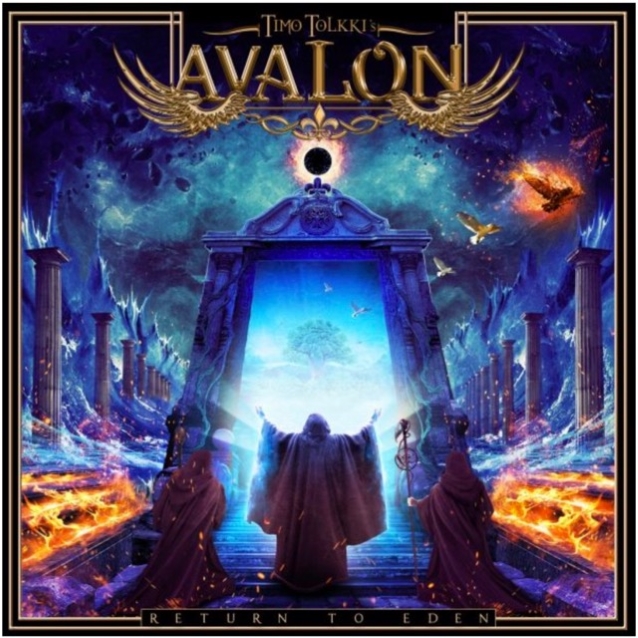