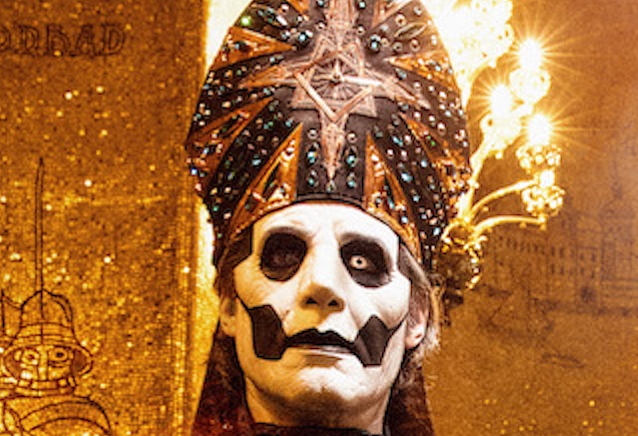 GHOST leader Tobias Forge has revealed to Kerrang! magazine that the band's new song "Grift Wood", from the upcoming album "Impera", takes aim at Donald Trump-era U.S. vice president Mike Pence who led Christian evangelicals into becoming apologists for what many believe was the most destructive president of modern times, while at the same time preaching righteousness and goodness.

"That song's about him and anyone like him who's willing to soil everything they've worked for," Forge explained. "They definitely qualify for a front-row ticket to Hell. Which is so ironic, because that's what they believe in. [People like that] completely demean themselves, and just eat shit out of someone's ass in order to achieve whatever they're trying to achieve.

Back in 2018, Forge stated about GHOST's religious imagery: "As a very imaginative kid and grown-up, I just have a natural sort of gravity towards history and religion and stories. The same way that I'm interested in 'Star Wars', I found The Bible compelling. My mom is and has always been very interested in art, so where she has never really been religious, she is extremely liberal, and there was no censorship at home in terms of culture. There was French films playing on TV with people sort of halfway screwing each other, and there was rock and roll music all the time. There was a lot of grown-up culture in my home. She always used to work in art, and she was always very keen on taking me to church — not for mass, but for art. She was interested in the artifacts. I think it's from spending a lot of time in cathedrals and churches. In my hometown where I grew up, there's a very old Catholic church. It has all that sort of lavish Catholic splendor and that sort of flaunting. Every time I'm back in town, I try to go there, because it's an old church and has a lot of history in there. The walls are literally whispering to you. A lot of that was inspirational for what we do now."

"Impera" will be released on March 11 via Loma Vista/Concord.

GHOST kicked off its co-headlining tour with VOLBEAT last night (Tuesday, January 25) at the Reno Events Center in Reno, Nevada. During its 16-song set, GHOST performed the recently released single "Hunter's Moon", a cover of METALLICA's "Enter Sandman" and debuted another song from "Impera", called "Kaisarion".

Forge performed as a "new" Papa Emeritus on each of GHOST's first three LPs, with each version of Papa replacing the one that came before it. Papa Emeritus III was retired in favor of Cardinal Copia before the release of 2018's "Prequelle". 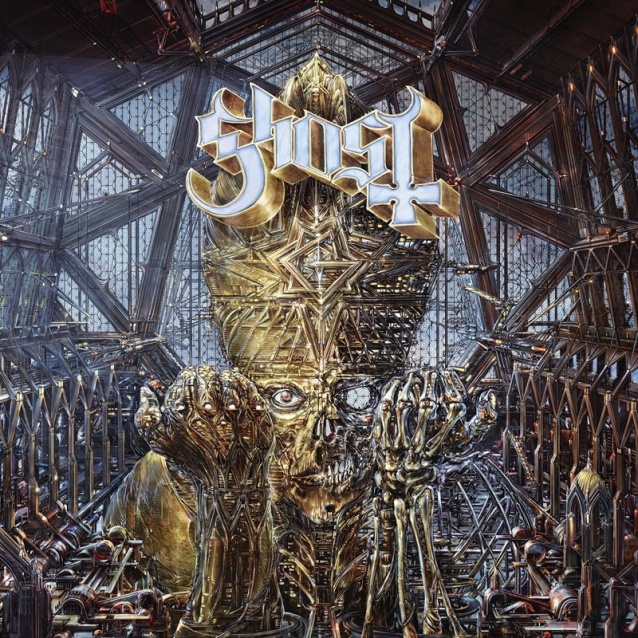