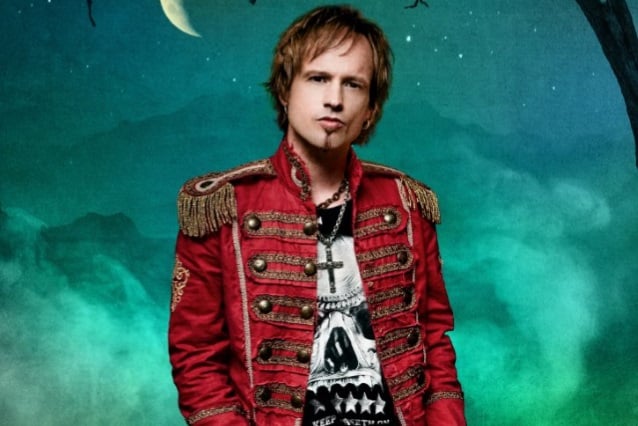 EDGUY frontman Tobias Sammet's AVANTASIA project will release a new studio album, "Moonglow", in January 2019. A world tour in support of the disc will launch at the end of March in Germany.

AVANTASIA in 1999 and celebrated its live premiere in 2008. With over 3.5 million records sold, he is one of the most successful musicians of Germany and has worked with Alice Cooper, Klaus Meine and Rudolf Schenker (SCORPIONS),Bruce Kulick and Eric Singer (KISS),Eric Martin (MR. BIG) as well as many other stars from the international music business. For a long time, Tobias Sammet's AVANTASIA has been considered an insider tip. But after countless headline performances at some of the world's largest rock festivals (Sweden Rock Festival, Quebec Music Festival, Barcelona Rock, etc.),gold awards and several top 10 positions in the world charts, the upcoming "Moonglow" world tour can only be considered one of the biggest rock events of the year.

Sammet states: "I've been trying to calm things down for the last 18 months, but apparently my best way of relaxing is to be creative! During this phase, tons of ideas have been coming to my mind, that literally demanded to be realized in AVANTASIA's epic style. I was so convinced of the songs that I realized very quickly: if ever there is to be a new chapter of AVANTASIA, then it has to happen with this material — past all the trends and rules of the music industry, hand-made and personal, with epic 10-minute pieces alongside catchy rock songs! Everything was created for only one reason: to write great music without any businessmen shaping it into bite-sized pieces for the modern entertainment landscape.

"'Moonglow' will be the most lavish album of my career, the biggest, most colorful thing and the best and most unreasonable luxury, I have ever created in my life.

"I can't wait to release the album in January and then take the 'Moonglow' world tour on a journey around the globe, where you will witness the biggest show AVANTASIA has ever put on stage!"

More dates will be announced soon.