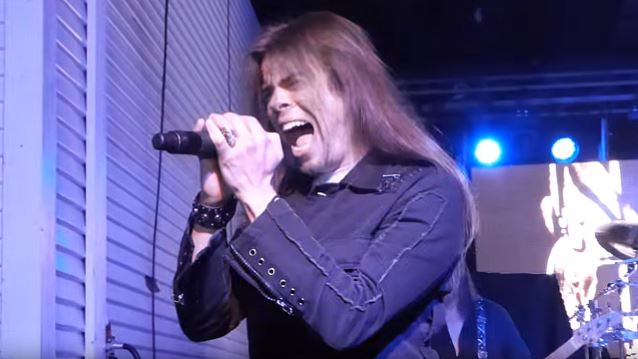 Rock N Roll Damnation: Four years and two albums of new music in, how comfortable do you feel fronting QUEENSRŸCHE? Is it now second nature?

Todd: Yeah, it is just completely natural, and I have complete freedom in the band to express myself musically and vocally within the band. That also extends to business decisions and everything that is involved with the band. I am a part of it all. I feel very much at home; nobody tells me what to do or what to say, how to dress or how to sing. The band has embraced me and feels that I don't need to be kept on a chain; they understand that I respect the music and legacy of the band. The band respects that I am a musician that is capable of writing music and not just lyrics; they don't tell me how to sing so I think that it is definitely a mutual respect and I have become family in the band. Honestly, I could not have asked for a better situation in that regard.

Rock N Roll Damnation: You also had quite a hand in writing the last album, "Condition Hüman". To what extent did you write? Was it purely from a vocalist/lyricist point of view?

Todd: No. I wrote a lot of lyrics to the songs and a lot of the demo drumming parts are mine from the writing phase. I have come up with some guitar melodies that Michael Wilton has been able to use. I have talked about ideas for bass lines and some of the simple little things come up with when you are songwriting and you go, "Hey, try this." The rest of the guys do the same thing with me: "Hey, why don't you try this?" or "What if you sang it this way?" We all go beyond our respective instruments and we all collaborate and share ideas no matter who is playing what. I was very engaged and an integral part of many aspects on "Condition Hüman".

Rock N Roll Damnation: Is there new QUEENSRŸCHE music on the way?

Todd: We are in the songwriting phase and have a handful of songs that are in the early demo process. We are only home for fourteen days and have been gone for so long, and so a lot of the time when you are at home, you are taking care of domestic things. You try to get some down time and relax a little and recharge the batteries before we leave again. But we are in the demo phase and everyone is writing stuff on their own. There is some collaboration happening between guys in the band. Michael and I might be working on something together, then Eddie [Jackson, bass] will send me some stuff and Parker [Lundgren, guitar] will have own things. We are in the early demo songwriting stages.