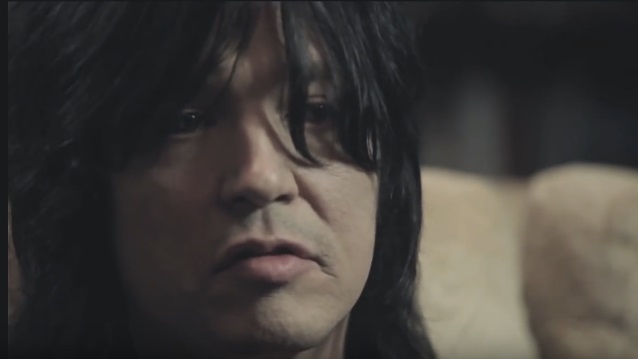 CINDERELLA frontman Tom Keifer was recently interviewed by Katie of the WSOU radio station. You can now listen to the chat using the SoundCloud widget below.

Asked how the rock music world has changed in the three decades since CINDERELLA's debut album was first released, Keifer said: "I think rock music just as music is what it's always been: people creating and expressing their emotions through, shall we say, harder-edged sounds. So in that sense, I don't think anything's different and everyone has their own way of doing it. I think that the rock radio format has gotten a little bit maybe more narrow than it used to be. And I'm only comparing it to… When I grew up in the '70s, the stations that I listened to in Philadelphia, rock music was everything from country rock stuff, like Linda Ronstadt and THE EAGLES and then stuff like FLEETWOOD MAC on that end of the spectrum to very, very heavy stuff, like [LED] ZEPPELIN and BLACK SABBATH, and then everything in between — progressive stuff like KANSAS and YES and RUSH and even southern rock like [LYNYRD] SKYNYRD — all of those things you would hear on the same station; that was rock. So when the spectrum goes on one station from Linda Ronstadt to BLACK SABBATH and everything in between, that's a very wide spectrum of music and styles and dynamics. And what I've seen in the rock world would be the change to me is that the radio format seems to have kind of limited the spectrum of sound, and that feels different to me than from when I grew up. So that's my perspective on things. But I still think that there's all kinds of rock music being played. I guess it's more segmented or put in its own lanes maybe perhaps, if that makes sense."