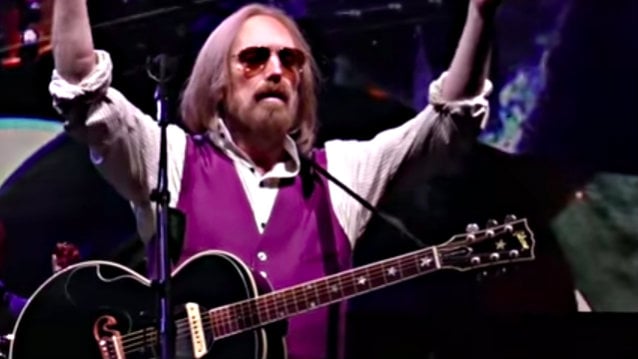 TOM PETTY Has Died, His Longtime Manager Has Confirmed

Tom Petty died Monday of a cardiac arrest in Los Angeles, his longtime manager has confirmed to People. He was 66.

The manager released a statement, saying: "On behalf of the Tom Petty family, we are devastated to announce the untimely death of of our father, husband, brother, leader and friend Tom Petty. He suffered cardiac arrest at his home in Malibu in the early hours of this morning and was taken to UCLA Medical Center but could not be revived. He died peacefully at 8:40 p.m. PT surrounded by family, his bandmates and friends."

According to TMZ, EMTs were able to find a pulse when they found Petty, but the hospital found no brain activity when he arrived. A chaplain came to administer last rites and a decision was made to pull life support with a "do not resuscitate" order from his family.

Petty's friend and collaborator, Bob Dylan issued a statement to Rolling Stone, saying: "It's shocking, crushing news. I thought the world of Tom. He was great performer, full of the light, a friend, and I’ll never forget him."

Brian Wilson posted: "I'm heartbroken to hear about Tom Petty passing. He was just too young and still in his prime. Tom was a hell of a songwriter and record-maker and he will be missed by everyone who loves music. I'm so sad to hear about this. Love and mercy to Tom's friends, family and fans."