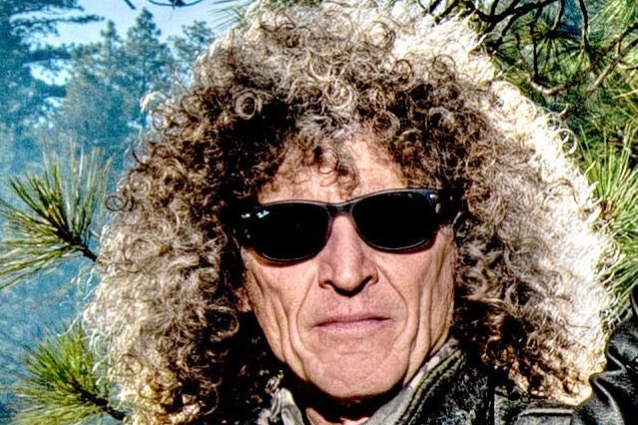 TOMMY ALDRIDGE On Playing With OZZY OSBOURNE: 'From A Musical Perspective, It Was Probably The High-Water Mark Of My Career'

In conjunction with his participation in the October 2018 edition of Rock 'N' Roll Fantasy Camp, drum legend Tommy Aldridge (WHITESNAKE, OZZY OSBOURNE) was interviewed by Miles Schuman. The full conversation can be streamed below. A few excerpts follow (as transcribed by BLABBERMOUTH.NET).

On joining BLACK OAK ARKANSAS at the age of 19:

Tommy: "I was playing in a little three-piece band, and we were playing in Destin, Florida. There was a gentleman who came up after the gig and asked if and when I was ready to get serious, to call this number, and he gave me his card. Two or three weeks later, the band that I was working with — even though it was a really cool little band; it was kind of, like, a weird speed-freak power trio — we split up, and I called the guy, and he happened to be the sound guy, the front-of-house guy [for BLACK OAK ARKANSAS]. He referred me to this gentleman who [later] phoned me, Butch Stone. He was the manager. I was living in Mississippi at the time, and I flew up to Nashville and did the audition. There were several other drummers that were auditioning, and I somehow got the gig. Obviously, they had no taste in drummers... I didn't know that much about the music. The only thing I really knew about them was that they were right on the cusp of signing a deal with Atlantic Records. That was the thing that our band couldn't do for whatever reason. We were playing all original material, and we liked to think we were ahead of our time, but probably the opposite was the case. We couldn't get a record deal. I thought it would be a stepping stone for me, which was a bad mistake that I made, because you shouldn't use other people's dreams and endeavors as a stepping stone for yourself. It was just another rung up the ladder, so to speak. That's how it seemed to me. I didn't know I was going to be signing up for six years to be working with a guy that sounded like a dentist drill."

On leaving the band:

Tommy: "Literally, I snuck out in the dead of night. I was really nervous, and I was young, and I signed some things that I shouldn't have signed. The manager had somewhat of a bad reputation for having people beaten up. I was young and really impressionable, and I was kind of intimidated. I finally got the nerve to leave, and it was literally in the dead of night. I snuck out and I left my car there. A friend took me to Memphis, and I caught a plane from Memphis to Chicago. [The members of BLACK OAK ARKANSAS] didn't really know what was going on until later."

Tommy: "I was living in England at the time, and I was working with Gary Moore, who was signed to Jet Records, who ultimately signed Ozzy. That was kind of the connection."

On seeing and hearing Randy Rhoads for the first time:

Tommy: "It scared me to death. It was inspirational. It was life-changing, not only from a musician standpoint... the first time I met Randy, he came to a rehearsal when I was rehearsing with Gary. He was a big Gary Moore fan, as most Les Paul players are, I think. He came to our rehearsal, and that's when I met him. He was really in awe of Gary, and Gary's tone."

On whether he feels that Ozzy's band — which, in addition to Rhoads, also featured bassist Rudy Sarzo — was the "best band" he's ever played with:

Tommy: "It was very exciting. From a musical perspective, it was probably the high-water mark of my career. Working with people like Randy Rhoads, guys like that, they kind of grab you by the scruff of your neck and lift you up to their level."

On deciding to remain with Ozzy following Rhoads's passing:

Tommy: "I felt... not an obligation. I just... sitting down with Sharon [Osbourne] and Ozzy, there was some momentum that they were trying to maintain, and I kind of took on the hat of the search of trying to find someone — not to take Randy's place, because unlike most people, I don't believe that everyone is replaceable. I don't think any person is replaceable, really, because we're each individual entities and only we can deliver the message that we were put here to deliver. Randy proved that in a billion, billion ways — he just wasn't replaceable — but I was trying to find someone that would meet those mandates that we had, and trying to maintain the momentum. I was trying to help Sharon and Ozzy out, trying to find someone, so I was flying around like crazy auditioning guitar players... We eventually found Jake [E. Lee]. We got Brad Gillis in to finish those shows, and there was another gentleman by the name of Bernie Tormé, who was a British Strat cat. Awesome guitar player, and really, really cool, but the exact opposite of Randy. Randy was a really heavy, Les Paul cat. I remember that the first show he did was at Madison Square Garden, and I've never seen an organism as nervous... He had the weight of the world on his shoulders, coming in [with] the first gig [at] Madison Square Garden. You're going to be nervous if you're really well-rehearsed. I really, really felt for him, but he soldiered on. He came up later and he said, 'I just can't do this. It's too much.' He was really sweet to come in, but we got Brad in, and he was able to do the dates and do the tour with some aplomb, and honor as much as anyone can who Randy was... It was more me just trying to fill the void and trying to help out and trying to just do what I thought was the right thing."

Aldridge joined Osbourne's solo band in 1981 prior to the North American leg of the "Blizzard Of Ozz" tour. While he is credited in and pictured on the "Diary Of A Madman" album released that same year, he did not actually perform on the record. He did, however, play on Ozzy's 1983 album, "Bark At The Moon", as well as the live releases "Speak Of The Devil" and "Tribute".

Aldridge's next studio release will be "Flesh & Blood", the new album by WHITESNAKE, which will be released via Frontiers Music Srl later this year.