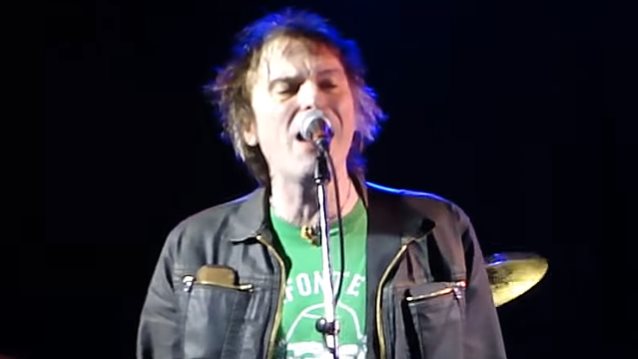 TOMMY STINSON On GUNS N' ROSES: 'I'd Be Lying If I Said I Missed That Gig'

During a brand new interview with Observer, former GUNS N' ROSES bassist Tommy Stinson, who was in the band from 1998 until 2014, spoke about the current partial reunion of the group's classic lineup. He said: "I'll be honest with you, I am stoked about the GUNS N' ROSES reunion. All those guys are my buddies, except I don't really know Slash. I don't think I've ever met him. But all those guys are my friends and I'm glad they're out doing it but I'd be lying if I said I missed that gig."

Asked if he feels he is missing out by not being in GUNS N' ROSES anymore, Stinson said: "I miss the people a whole lot and obviously you miss the fans and stuff like that. But where I'm at in life right now, that's just a whole thing that… I'm not saying I'd never do it again but I'm kind of glad I moved on from that. It really was a lot, and it really required, sadly, because of my circumstances with my ex-wife, to have to put a whole lot of crazy shit into play just to be able to do those tours towards the end, because I had this young daughter."

He continued: "I'm in a much better place. I've had some time to fuckin' sort some shit out up here where my trajectory right now is way more manageable for the bandwidth that I have for it."

Stinson, a founding member of the seminal Minneapolis-based rock band THE REPLACEMENTS, last played with GUNS N' ROSES at a 2014 show in Las Vegas.

The bassist told Music Aficionado that the last pre-reunion version of GUNS got a fair shake from fans. He explained: "They came out in droves to see Axl Rose. He's the man who was the front guy of the whole thing. I think the fans were more than ingratiating to us. I still get people Facebooking me and saying, 'Oh, man, we really loved you in the band. Thank you for keeping it going for all those years.'"