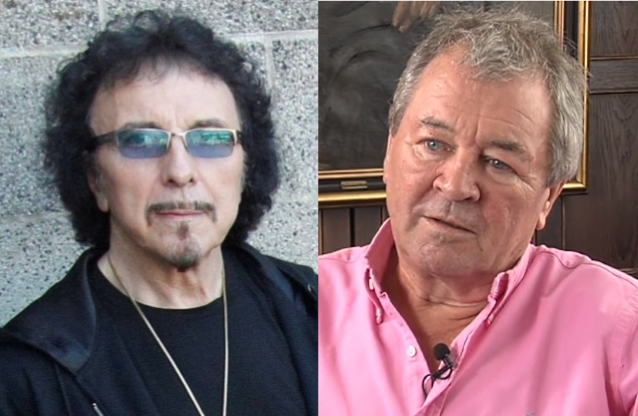 The visit and celebration of the anniversary are being organized by the Mediamax Media Company and DoSomething (Australia),whose co-founder Jon Dee organized the 1989 Rock Aid Armenia project to help the victims of the Armenian earthquake.

On June 5, Yerevan will host a gala night under the auspices of Armenian Prime Minister Nikol Pashinyan. The event will feature Gillan, Iommi and Jon Dee and will also include a public showing of the documentary about Rock Aid Armenia's all-star 1989 remake of DEEP PURPLE's "Smoke On The Water".

Thirty years after the earthquake, a film from the recording session was released by Australia's "The Void With Christina" (see below). Proceeds from this song, Gillan's charity concerts in Yerevan with the Armenian Symphonic Orchestra and generous donations from charities including the Fund for Armenian Relief and Mardigian Family Foundation made it possible to re-open the revitalised music school in 2013. Five years later, the revitalized Octet Music School is continuing to provide world-class musical education to the aspiring young musicians of Armenia.