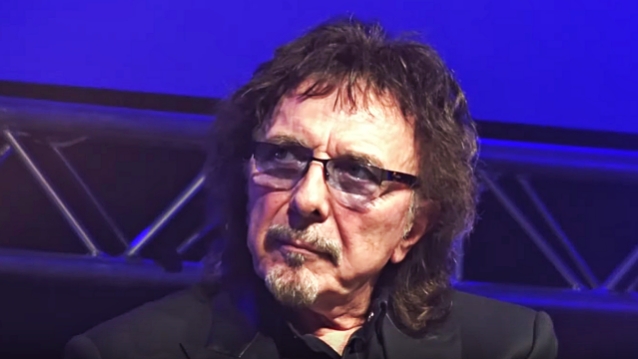 TONY IOMMI Doesn't Rule Out One-Off BLACK SABBATH Reunion: If We Do Anything, It Will Be Very Short

Tony Iommi has once again said that he isn't ruling out a BLACK SABBATH reunion. "We may — I don't know — do a one-off or something, but [we're] never touring again," he said during a question-and-answer session at the Kipinä Kokkola business conference in Kokkola, Finland on September 5 (see video below). "'Cause we're at the age now — we retired, but I'm still gonna play. But to tour the world like we were — we did an 18-month tour, the last one was. It's a long time to be out and away from home and your friends and family. So if we do do anything, it would be very short."

This past June, Butler told Classic Rock magazine that he wasn't opposed to a a one-off BLACK SABBATH reunion. "If it came up, I wouldn't say never," the bassist said. "I can't imagine it ever happening, but then I said that about the SABBATH tour, and it happened, so who am I to know?"