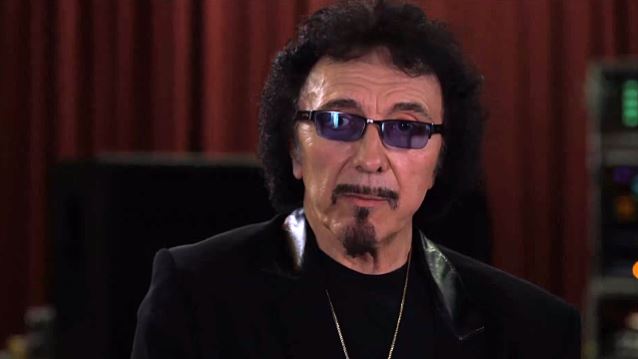 TONY IOMMI: 'Once You've Had Something Like Lymphoma, The Fear That It Will Return Never Leaves'

BLACK SABBATH guitarist Tony Iommi has shot down rumors that his health is the reason for the cancelation of the band's appearance at this year's edition of Ozzfest Japan.

It was announced yesterday that BLACK SABBATH will no longer be appearing at the Japanese festival, scheduled for November 21-22 at a venue outside Tokyo. Although it was announced last month that SABBATH would give its final Japanese performance at the event, the band has now dropped out. SABBATH singer Ozzy Osbourne will now perform solo instead, accompanied by yet-to-be-disclosed "friends."

No reason was given for SABBATH's withdrawal from the event, but Iommi took to his Facebook page to refute reports that his continuing battle with cancer was partly to blame.

"Thank you for all the enquiries about my health; [it's] very kind," he wrote.

"I'm not sure how the rumour of my being unwell started as I was away on holiday!"

He continued: "Once you've had something like lymphoma, the fear that it will return never leaves.

"All I can say is that right now I'm fine and have regular blood tests."

Ozzy has said previously that BLACK SABBATH planned to record one final studio album in 2015, to be followed by a farewell world tour.

Three original members of SABBATH — Ozzy, Iommi and bassistGeezer Butler — reunited in late 2011 to record their first album together in 35 years.

The project was hampered by drama over founding drummer Bill Ward's last-minute decision not to participate, as well as Iommi's battle with cancer.

The album, titled "13", came out in June 2013 and was SABBATH's first No. 1 record in the U.S. ever. It was followed by a lengthy and wildly successful world tour.

Iommi said in an interview earlier this year that touring had been "tough" on him while he underwent treatment for cancer at the same time.

Although he completed his treatment last summer, he admitted, "The surgeon told me he doesn't expect the cancer to go away. There's a 30 percent chance that it could, but more than likely, it will come back and it could be any time. I look at life differently now. I could be here another 10 years or just one year — I don't know."