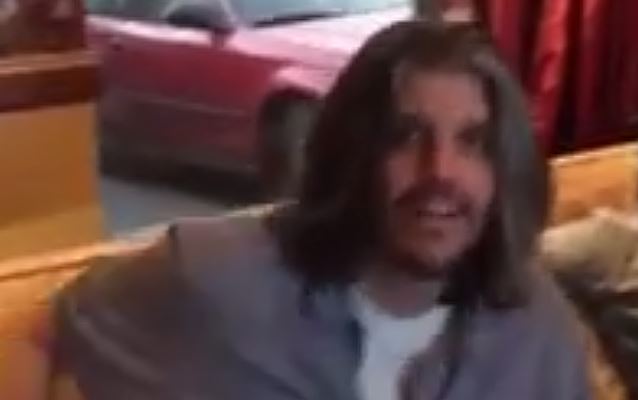 TOOL Is In The Studio 'Working On Tunes'

TOOL appears to have entered a Los Angeles-area studio to work on material for its long-awaited new album.

A new video message (see below) posted on TOOL guitarist Adam Jones's Facebook page shows MOTÖRHEAD drummer Mikkey Dee walking down the hall of the studio complex where the two bands are apparently working separately on music on their respective new releases. After showing Adam and MOTÖRHEAD guitarist Phil Campbell sitting on the lounge sofa, Dee asks Jones, "What are you guys doing here, Adam?" to which the guitarist replies: "We're working on some tunes… having fun… bugging you guys."

It's been nine years since TOOL released its last album, 2006's "10,000 Days", although apparently the quartet have spent a good chunk of the past year finally getting down to business.

Jones revealed last July that lawsuits involving a former friend of the band and an insurance company had been putting a drag on the group both creatively and financially since 2007.

The ex-friend claimed that he was owed money for artwork he had given the group, while the insurance firm — which was supposed to protect the band against such claims — sued the band for "technicalities" regarding the case.