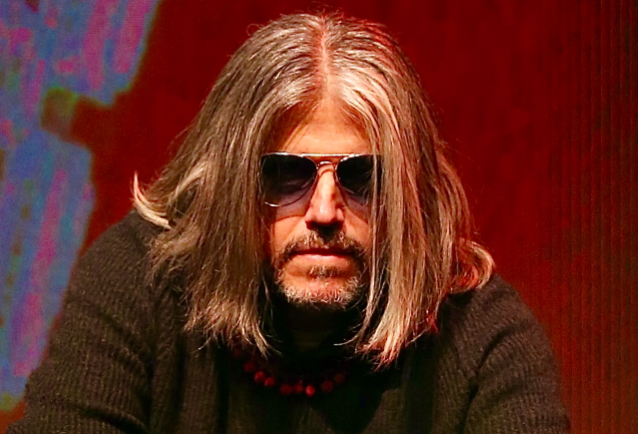 Blending themes of pop culture with the techniques of the old masters, Mark Ryden blurs the traditional boundaries between high and low art in a new genre of "Pop Surrealism." Ryden's "The Veil of Bees" originally premiered at Art Basel - Hong Kong in 2018.

"When I think of art, I see both the visual and the aural as equally important, with one bolstering the other and giving listeners, or viewers, a more complete experience," says Jones. "Naturally, when Epiphone and I started discussing the potential of a custom art collection, I was instantly dedicated from the get-go. Mark Ryden was one of the artists that I was hoping would say yes to participating. Mark's work is instantly recognizable, uniquely his own, and while he started in primarily fine art, he has expanded into music and theatrical productions. What a perfect partner to kick off this series with. Mark's technical execution is exceptional and makes him a modern master. His visionary journey using surrealist imagery really tugs at my heart and continues to influence me as a musician and artist."

"I was repeatedly including bees in my art before I consciously released it," adds Ryden. "They have evolved into a very important subject matter for me. Bees are an essential part of the web of life and show the vital interconnectedness between all life on our planet. As we now know, bees are in great peril. This reflects our need to live in harmony with the natural world and not exploit it."

The Adam Jones Les Paul Custom Art Collection: Mark Ryden's "The Veil of Bees" isn't just an art piece to hang on the wall; it's an exceptional instrument for players to craft their own masterpiece. The Epiphone Adam Jones Les Paul Custom Art Collection has a bound mahogany body with a maple cap, a three-piece bound maple neck with an Adam Jones Custom profile, and an ebony fretboard. It is equipped with a reverse-mounted Epiphone ProBucker Custom humbucker in the neck position and a Seymour Duncan Distortion in the bridge; both are wired to CTS potentiometers and Orange Drop capacitors. A Marquee Back Plate with the Mark Ryden's name and the title of the artwork, "The Veil Of Bees" is also included. The guitar is finished in Antique Silverburst as an homage to Adam's beloved original Silverbust 1979 Gibson Les Paul Custom, a Protector hardshell case is also included.

The Epiphone Adam Jones Art Collection consists of seven, Silverburst Les Paul Custom models, each featuring reproductions of different works of fine art on the back. Adam curated all of the featured artwork, and selected five distinguished artists Mark Ryden, Frank Frazetta, Julie Heffernan, Korin Faught and Ernst Fuchs for the collection; additional artwork designed by artist Korin Faught, adorns the back of the headstock of each model. Only 800 guitars of each model from this extremely limited-edition run will be produced.

Watch the video for the Epiphone Adam Jones Les Paul Custom Art Collection below and explore the collection here.

One of the rock's most talented and sonically innovative guitarists, Jones is renowned as the guitarist for the band TOOL, as well as his work as a visual artist, sculptor, videographer, producer, and special effects designer ("Jurassic Park", "Terminator 2", "Edward Scissorhands", "Ghostbusters II", "Batman Returns", "A Nightmare On Elm Street 3", "4" and "5", "Dances With Wolves", "Bride Of The Re-Animator", "Pet Sematary", "Shocker" and "License To Kill").

The Epiphone Adam Jones Les Paul Custom Art Collection guitars are a new take on Adam's #1 guitar, his prized original Gibson Silverburst 1979 Gibson Les Paul, and Adam was heavily involved in creating the new guitar. Utilizing his extensive experience in visual art, special effects and design, Adam Jones is both the director of the majority of TOOL's music videos and creates the visual experience on stage for the band. For the world premiere of the Gibson Custom Shop Adam Jones Les Paul, Adam composed and scored "The Witness", a new song and animated short film. 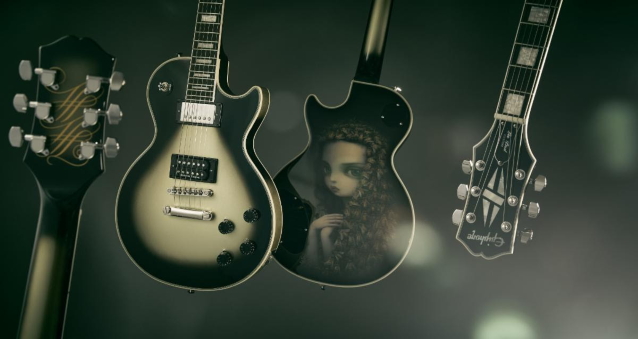 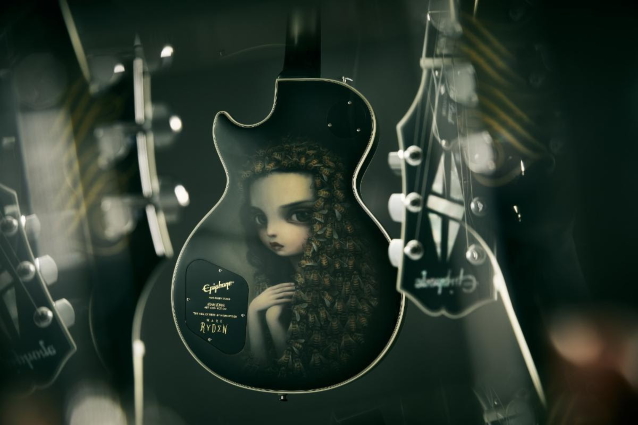