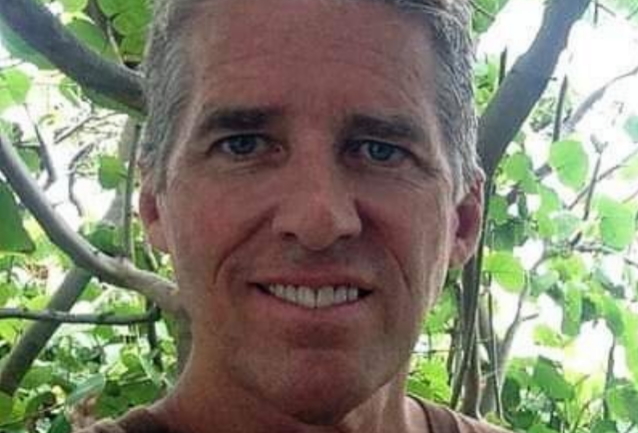 Ted Kirkpatrick of the Christian metal band TOURNIQUET has died after a brief battle with idiopathic pulmonary fibrosis (IPF),a rare terminal lung disease for which there is no cure. He was 62 years old.

Primarily a drummer, Kirkpatrick was the principal songwriter for TOURNIQUET, and played other instruments whenever needed.

The news of Ted's passing was shared by his wife Cristy in a social media post late Friday night (August 19). She wrote: "I have some very sad news to share. My beloved husband went to be with the Lord today, August 19, 2022. He was surrounded by his family and loved ones.

"It was a blessing to see first-hand Ted's amazing passion for so many things that captivated him for life, and it was humbling to stand by and witness his genius, creativity and seemingly never-ending natural talent.

"I know many of you are broken-hearted and certainly Ted's wish would be to celebrate his memory through his music through TOURNIQUET.

"About 4 months ago, Ted was experiencing chest pain and unusual shortness of breath. Up until this point, Ted had not been in a hospital in 40 years and all covid tests came up negative, to the end. After several doctor visits to a general practitioner, Ted was referred to see a pulmonologist who conducted many tests and an accurate diagnosis was made of idiopathic pulmonary fibrosis (IPF),a rare terminal lung disease of which there is no cure.

"IPF is a serious disease that causes irreversible scarring of the lungs and progresses, or gets worse, over time. This scarring makes it difficult to breathe and eventually the lungs can't inhale enough oxygen for the body to function properly. Typically, IPF causes severe shortness of breath to where the simplest activities of walking across a room seem nearly impossible.

"Ted was able to share a few thoughts the night before he passed.

"'My life has been so full of adventure and wonderment and for the past 30 years all of you have been a great source of joy as you shared your love for our music, my passion for animals, and my desire to share the love of God with all of you. I'm forever grateful for the unending loyalty so many have shown through the years and support of whatever talents the Lord gave me on this earth.

"I leave behind so many wonderful friends, my wonderful family, the greatest family anyone could ask for, my brothers, Doug & Jim, my sister Sue, and my wife Cristy, my forever soul mate, my best friend and the most beautiful person I've ever known. Thank you and I'll see you sometime on the other side. Love, Ted Kirkpatrick'.

"If you would like to help with Ted's expensive medical bills, a Go Fund me account has been set up."

A founding member of TOURNIQUET, Kirkpatrick's aggressive, musical and often unorthodox approach to drumming has been recognized by thousands — critics and fans alike. A native of Milwaukee, Wisconsin, Ted began playing drums at age 12. By age 14, Ted was playing drums along with the records of many of his early influences — bands like RUSH, KING CRIMSON and ELP. He held a business degree from the University of Texas, Austin, where he graduated with honors, and often found himself using the skills learned in college in the many facets of successfully operating the band.

Entirely self-taught, Ted began to develop his own unique drumming style through a variety of influences. He was a great admirer of the classical masters and has attended countless classical concerts. His drumming and songwriting are influenced by the power of Beethoven and Mahler symphonies, the staccato bursts of Scarlatti's harpsichord sonatas, and the counterpoint of Bach's fugues, to name a few. His solo release "In The Shadow Of The Masters" featured Ted drumming to classics by Mozart, Beethoven, Rossini, Chopin, Paganini and others.

"To me, the fantastic music of the classical masters is in a totally different realm — there simply is no other music to compare it to," Ted said. "I believe it was a time in history that will never be repeated — kind of like when dinosaurs roamed the earth. In drumming to these timeless works as with any music, I always strive to treat the drums as a musical instrument — not just a noisy timekeeper."

Ted was well known for his ability to create and execute polyrhythms within the framework of songs, for his advanced double bass technique, and most of all for bringing a musicality to his drumming which is always apparent in TOURNIQUET songs. His approach to the drums as a musical instrument made even more sense in light of his role as TOURNIQUET's primary songwriter. He had written both music and lyrics for fifteen of TOURNIQUET's chart-topping singles, in addition to many other songs that showcase the technical, melodic, and eccentric side of the band evident on every TOURNIQUET album and his independently recorded and produced solo albums. The readers of HM magazine voted Ted "Favorite Drummer" 10 years in a row. He has been featured twice in Modern Drummer magazine, and countless drummers list him as one of their drumming influences.

Since the very first TOURNIQUET release in 1990, "Stop The Bleeding",Ted had been a strong voice for animal welfare. "I have a lifelong passion for helping God's creation — the animals — and it matters greatly to me how they are treated," he said. You can hear and feel that passion in songs like "Ark Of Suffering", "Stereotaxic Atrocities", "Going, Going, Gone" – and in his "opus to animals" "Onward To Freedom". His first solo album, released in 2010 — "Ode To A Roadkill" — featured "vocals" courtesy of authentic haunting animal sounds, reflecting Ted's deep respect for the animal realm. "Ode" is a 42-minute hypnotic heavy wall of sound made possible by vintage Orange and Sunn amps. The title track refers to the sad reality of the millions of animals who die each year on our roadways.

Ted had a special fascination with butterflies and other insects. He had traveled to many places, including the jungles of Papua New Guinea, the Amazon, Malaysia, Taiwan, Ecuador, Dominican Republic, and the Solomon Islands. The fantastic, repetitive sounds of the jungle had influenced his drumming as well.

As principal lyricist for the band, his talent for allegory and symbolism, and using unusual and sometimes bizarre examples to convey "God's word" can be found throughout the TOURNIQUET catalog.

Last year, TOURNIQUET turned to the popular crowdfunding platform Kickstarter to help with the necessary funds to record a new studio album. The band's loyal fanbase came through again by fully funding the band's $17,000 goal in only five days. (The campaign has since reached $29,000.) This was the band's sixth Kickstarter campaign — with all six reaching and exceeding the intended goal each time.

This is Cristy, Ted's wife. I have some very sad news to share. My beloved husband went to be with the Lord today,...