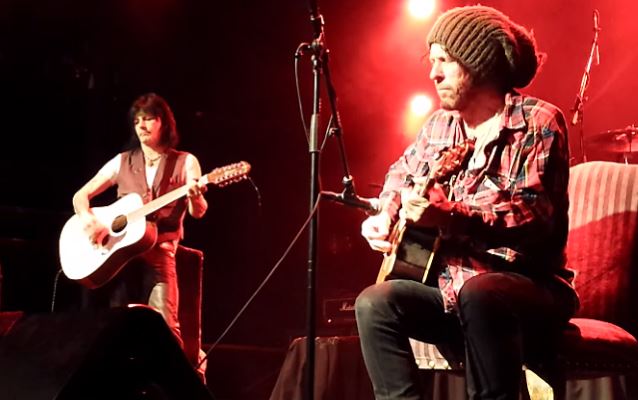 According to LA Weekly, L.A. GUNS singer Phil Lewis and the band's co-founding guitarist Tracii Guns will record a new album under the L.A. GUNS moniker, to be released in June 2017 via Frontiers Music Srl.

The disc's release will be supported by a world tour that will kick off with two shows at the Whisky A Go Go in West Hollywood in March.