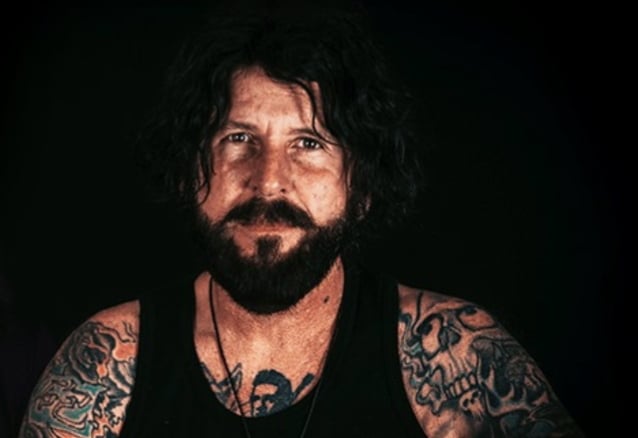 TRACII GUNS: 'I'm Tired Of This Country Being Embarrassing To Every Other Country'

L.A. GUNS guitarist Tracii Guns, who has been outspoken about his political views on Twitter, has admitted to the "On The Road To Rock" podcast that he didn't become interested in political and social issues until relatively late.

"I was really good friends with Eddie Van Halen," Tracii said (as transcribed by BLABBERMOUTH.NET). "We used to play golf together. And I don't remember what year it was — whenever Ross Perot was running was president, [Bill] Clinton was running was president. It was '93, I guess — '92 [or] '93. So I was… How old was I? I was 26 or 27. And I just liked Ross Perot. He had funny ears… I did not know how politics worked at all. But Eddie did — Eddie knew how it worked. And him and Sammy [Hagar] were doing some fundraising for the Clinton campaign. And he was, like, 'You're votin' for Clinton, right?' And I go, 'Nah, I'm gonna vote for the little guy.' He goes, 'No, no, no, no. You don't understand.' And I didn't understand. I had no idea what those guys were talking about.

"So the night of that election comes, and I guess they had been up partying, 'cause Clinton won or whatever," Tracii continued. "And he calls me at, like, three in the morning. This was before cell phones, so it was the house phone. I'm, like, 'What the hell?' I was, like, 'Hello.' [Eddie goes], 'Hey.' And I go, 'Hey, what are you doing up?' He goes, 'Clinton won.' And I go, 'Yeah, yeah, yeah. Congratulations. I'm glad it worked out.' He goes, 'You voted for him, right?' And I go, 'I didn't end up voting.' He goes, 'You're such a prick.' He goes, 'I'll see you in the morning.' So it was really important to what I would consider adults. Eddie's, like, 12 years older than me or something. And it was really important to him. And it was really important to Sammy. They were really [convinced] that that was the right thing for the country. And it worked out — we had great economic growth during that time. But I never imagined that I would be so sensitive to policy."

Tracii, who splits his time between Los Angeles and Denmark, where his wife is from and his son was born, went on to say that America's international image took a severe beating in recent years, particulary under former president Donald Trump.

"I live in Hollywood when I'm [in America]. Hollywood looks like it was hit with a bomb," he continued. "No joke. This is a scary place to be. And the only thing that I can relate it to is Rio De Janeiro where they have a real separation of economic structure. So you have this favela, which looks like the Hollywood Hills but covered in little white box houses [and] homes. That's where the poor people live. That's where drugs are rampant and crime is rampant. And about two miles, I guess, south, you're driving on that road, and there's, like, a five-star golf country club. And that's what L.A. feels like to me right now. It's like a really bizarre mix. And there's so many businesses that are out of business, there's so many empty apartments, and there's so many homeless people. And this all just doesn't add up. There's plenty of shelter for people. Why can't we help? Why can't we do this? Why can't we do that? And I'm tired of asking.

"I have a personal life," Tracii added. "I live in two countries. I have a child that lives in each country. I make records. I do things. I'm tired of this country being embarrassing to every other country. Even the shittiest countries in the world are embarrassed by the actions that occur in this country. It's sad."

L.A. GUNS will release a live album, "Cocked & Loaded Live", on July 9 via Frontiers Music Srl. It will be followed by a brand new studio album from L.A. GUNS, "Checkered Past", which is due in November.