TRACII GUNS On L.A. GUNS' Current Lineup: 'It Took 30 Years To Get The Band Just Right'

L.A. GUNS guitarist Tracii Guns was recently interviewed by RadioactiveMike Z. The full conversation can be streamed below. A few excerpts follow (as transcribed by BLABBERMOUTH.NET):

On reuniting with vocalist Phil Lewis:

Tracii: "What was great was hearing that sound, because I had played the songs with so many people in that 10-year period. To just hear him sing the songs was, like, an epiphany — like, 'Oh, this is what they sound like.' We both realized it. I guess there's something about my guitar-playing with his voice that makes sense."

On the 2016 Hair Nation festival, where he performed with Lewis as L.A. GUNS for the first time in more than a decade:

Tracii: "That was the test. That show was the test to see if everybody felt the same way we did. Phil was still playing in his version of L.A. GUNS at that time. He didn't call it quits until New Year's, right after that. We made a good showing — it was really electric, and the crowd was all there, and we got excited at that point — like, 'Wow, okay, we can do this.'

Tracii: "Michael, he really has a certain energy that is part of the L.A. GUNS architecture — high-energy, snotty, all out. He lays everything on the line. When he joined the band, when I wasn't in the band, I really dug him — I was, like, 'Wow, this guy is just his own creature clad in leather,' which is L.A. GUNS. It's supposed to be a band full of character. I started talking to him a couple of years before this all went down, and he asked me at one point, 'Hey, man, are you ever going to come back to L.A. GUNS?' When this all went down, he was the first person I had to call. As a songwriter, he really brings the more youthful L.A. GUNS energy into the writing, which is more reminiscent of the first and second records. Although I wrote 'Speed' and a couple of the same types of songs for the record, I just feel that he really is there to light a fire under our ass. Just like Shane Fitzgibbon, our drummer — they're younger guys with a lot of energy. They're at the top of their game musically. That's always been my best criteria — trying to play with the best musicians. It's hard to find the best musicians that also have that kind of mojo. Phil and I really agree that it kind of took 30 years to get the band just right. We really feel that now, it's just right. We have a future. We have something to look forward to. 'The Missing Peace' isn't the end — hopefully. We have a lot of stuff to do, and we've still got to go out and support this record the entire year. We've got a lot of shows, and we've got to write another record, and we have to record another record before February of 2019. We're pretty busy."

Tracii: "The riff, I wrote in, like, 2008, around that time. I had it in a folder on my computer, and it was called 'Bad '80s Riff'. When I was looking for stuff to put together quickly to demo up with Phil so I could show him where my head was at musically, I just saw that and I go, 'What is that?' I put it on and I'm like, 'Whoa, wait a minute.' It's funny how psychologically, your brain works toward music. You might love something one day and hate it another day, just depending on the mood you're in. I'm glad that one existed. I was able to build a really excellent, high-quality L.A. GUNS song around that one, and that's the song that really had the most impact off this record and really lit the fire for people buying the record."

On his thoughts on the future of AC/DC, a group L.A. GUNS toured with on two occasions:

Tracii: "Knowing the guitarist-leader mentality, I think Angus [Young] is going to take it as far as he physically can. I can't imagine he wouldn't. He's got Axl [Rose], and I know Axl is really into the idea of making new music with AC/DC. Touring with an established band is one thing, but creating music with a band and leaving a legacy, I think that Axl would be really excited to do that, and I'm sure Angus would be, too. That might be a nice way to cap AC/DC."

Tracii: "I don't think anybody knows the truth except Angus and Brian. I don't know that it was as cold-hearted as it appears to be. Then again, I also have a lot of experience with band members. People change, and relationships change. The legacy of Brian Johnson is incredible, and it's not like he's short on cash. There's a certain freedom not being in your band. Believe me, I know. People don't understand that when, particularly when you're having great success, it's demanding. Going from time zone to time zone, months at a time, really takes its toll on you, especially when you're older. It's nice to have a break, and it's nice to kind of take control that's not so successful, so you're not always committing to one thing after another. When you're successful, you have to commit every day to some activity that maybe you wouldn't normally do if you just were being an artist rather than a business person."

On whether he'd consider writing a book:

Tracii: "Philip's going to do a book, and I'm going to help him with his book. Phil's a lot more brave than I am. He's willing to tell it all. I'm not willing to say anything. I have great memories, and they're my memories, and I've worked with great people that have done [shitty] things, and I've done [shitty] things. People do [shitty] things. But those are our personal experiences. I just kind of choose [to] have Facebook and Instagram. I think that's enough. There's enough historians out there writing the correct stories and the wrong stories. Generally, when people ask me a question, I answer it as accurately as I can. But Philip's doing a book. He plans on letting everything hang out, so I'm going to get on his train and support him and what he's doing, try to add some fuel to his fire there."

On what he's learned from rejoining L.A. GUNS:

Tracii: "It's cool these days, especially being back in L.A. GUNS, looking out in the crowd and seeing teenagers dressed up really cool. Not that I would dress up like that now, being almost 52, but it's cool to see it. That's what I learned about L.A. GUNS being outside of it and coming back to it, is that we have a definite image on our first two records. The definitive time, a lifestyle kind of band, but playing the music again with Phil, those first few rehearsals and shows, our music is timeless. That's all I ever wanted. I had to really step outside of it to see that. I'm really lucky that I have the opportunity in this business to have, what is it, my sixth chance? That's insane, but I put that down to practicing every day. If you put the time into it, you'll get out of it what you hoped."

After more than a decade apart, Tracii and Phil reunited in 2016 under the L.A. GUNS banner and released arguably the most critically acclaimed album of their career, "The Missing Peace".

On March 23, Frontiers Music Srl will release "Made In Milan", which features the group's performance at the 2017 edition of the Frontiers Rock Festival in Italy, on CD, DVD and Blu-ray formats. A trailer can be seen below. 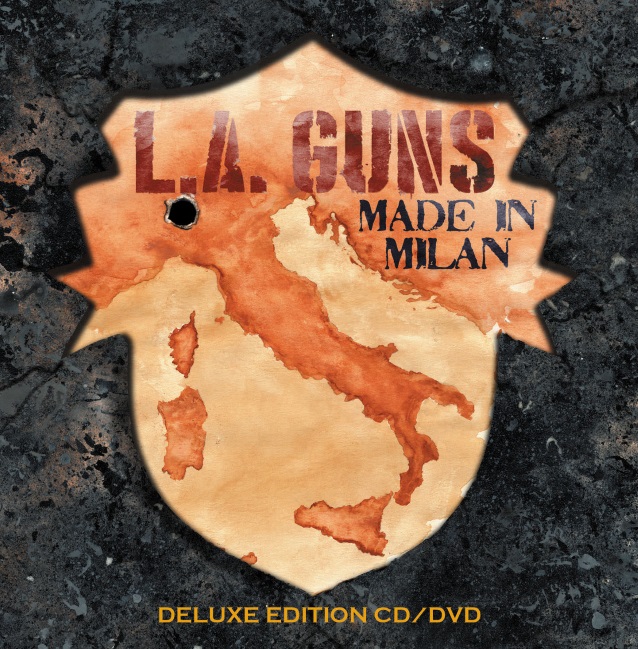 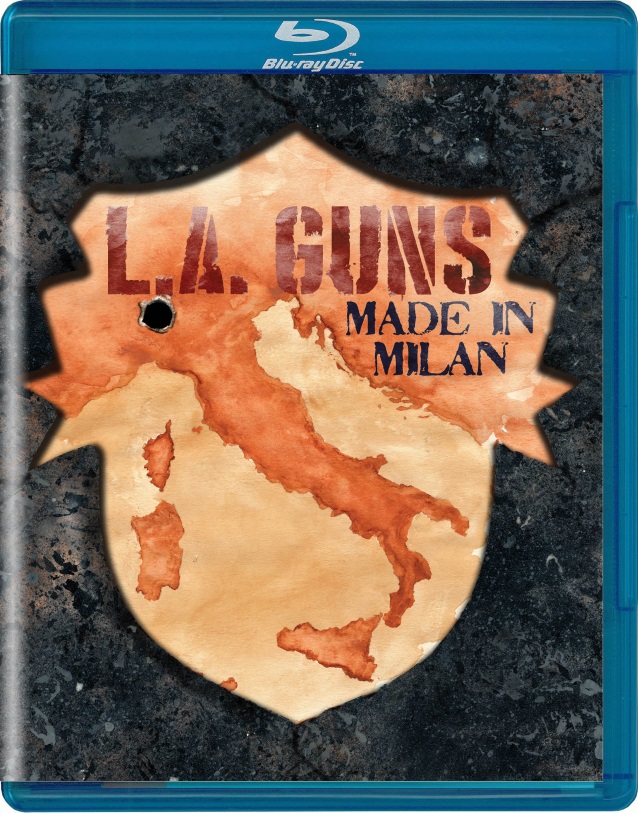