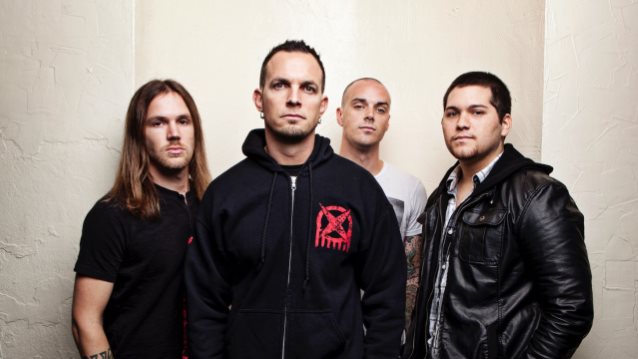 TREMONTI To Release New Album In 2018

ALTER BRIDGE guitarist Mark Tremonti has told All That Shreds that he is preparing to begin work on the fourth album from his TREMONTI solo project. "After this [ALTER BRIDGE] tour is over, I'm going to have the [other] guys [from the solo band] come to town and start writing and just kind of pick our moments to keep writing and probably get a record out next year," he said.

Asked if he had any kind of sound or direction in mind for the next TREMONTI album, Mark said: "In a perfect world, I want to kind of split it up. You know, I don't want to get trapped into having to do heavy records all the time, because it's something I really wanted to get out with the solo project — the heavier side of my writing — but I don't want to completely abandon some of the melodic atmospheres of stuff, so I might want to do just like I did the last time, do two albums and have two different sounds. Have one be more atmospheric in music, acoustic, real melodic and have the other one be straight-up heavy."

Mark also said that it was unlikely VAN HALEN bassist Wolfgang Van Halen would return to TREMONTI for the new album sessions. "I don't believe so," Tremonti said. "He's doing his own project right now. It's either he's playing bass in somebody else's band or he's singing and playing bass and drums and everything in his own project right now, and I'm sure he's going to want to put all his efforts into promoting that."