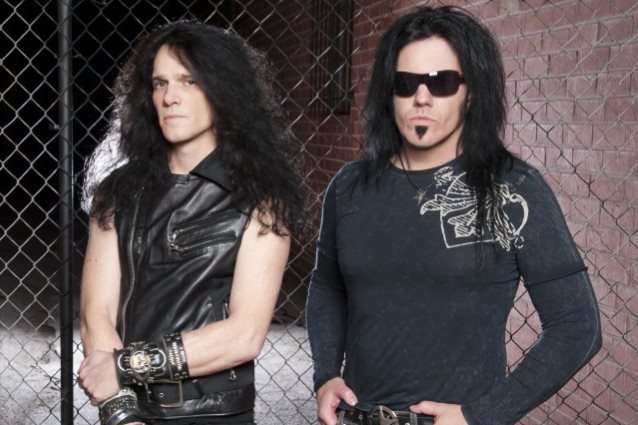 In a public posting on the Facebook event page for the São Paulo concert, Janell Emmanuel wrote: "David, What in the world are you doing? I see your still riding on Trey' coat tail..Good luck thinking you will succeed by using not only Morbid Angels music (careful nothing you do totally belongs to Trey..if so you need to pay for each song used.) And as far as using the Logo (which Trey owns) and a new logo that is just the same that has been used before....all you did was change the color. Get you own band together and leave Morbid Angel out of it.....Is that just too much to ask?....PS: Why nothing in English.....not everyone knows Spanish"

She added in the comments section below her original post: "My son knows nothing about this he would not waste his time to even post on this page. Trey has held this band together for 26 years 10 of those years David was off with his wife wearing a skirt. He did not use MORBID or ANGEL or anything else belonging to Trey during that time and the band continued, [and] will continue, without David, so I guess you think this is the battle of MORBID. My point from the beginning was, why does David think he has a right to continue with MORBID ANGEL when he is not part of the group?"

Vincent issued a statement eighteen months ago confirming that he was no longer working with Trey Azagthoth. He said: "Trey and I have accomplished amazing things together over the past 30 years and I wish him the best with his future projects. Out of respect for the legacy of these accomplishments, I encourage MORBID ANGEL fans to not take sides, because I am not." He added: "I look forward to sharing my new endeavors with all of you in the near future. Until then, stay Morbid!"

Yeung also confirmed his exit from MORBID ANGEL, explaining in a statement: "There have been some lineup changes with MORBID ANGEL. Unfortunately, due to financial differences, I will not be continuing with [the band]… I wish Trey and MORBID ANGEL all the best. As for myself, I'm always up for the next opportunity life throws my way."

Azagthoth announced on June 15, 2015 that MORBID ANGEL had reunited with vocalist/bassist Steve Tucker and that they were working on material for the band's next record, to be released via UDR Music.

MORBID ANGEL has yet to announce replacements for Yeung and Norwegian guitarist Destructhor (a.k.a. Thor Anders Myhren). 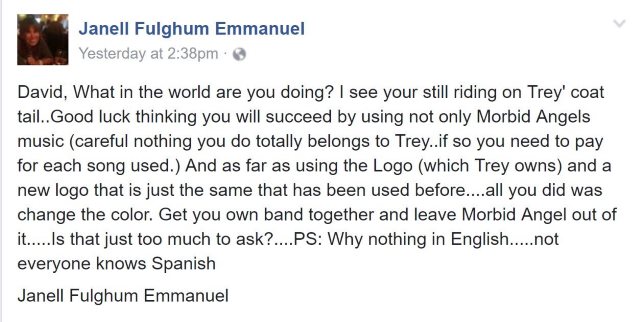 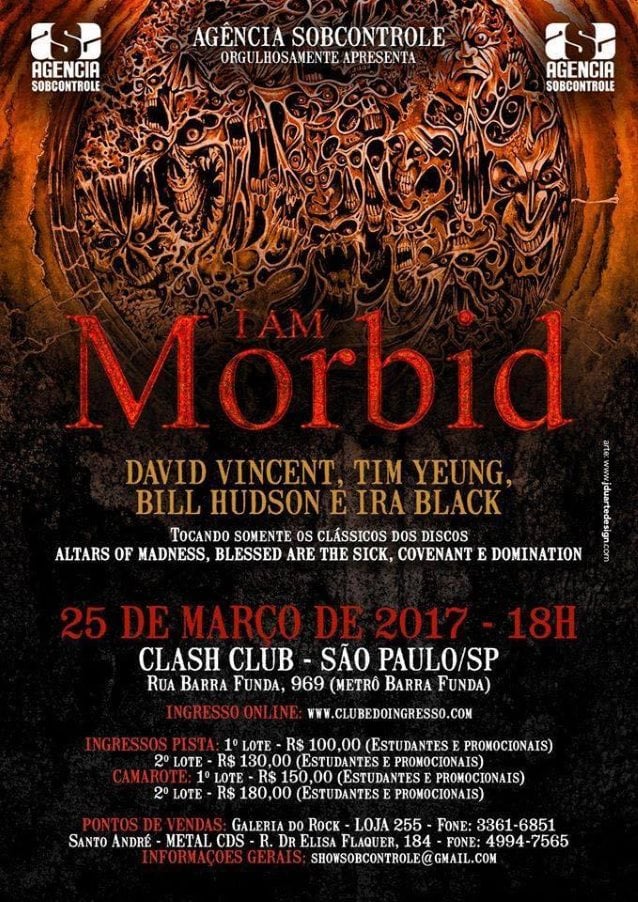