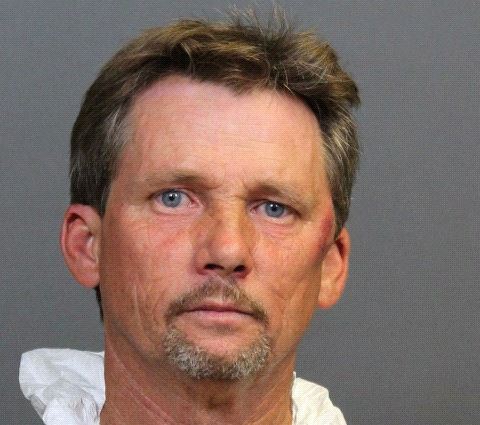 According to The Orange County Register, a jury trial has begun in the case of a California man accused of shooting and killing his business partner after drinking vodka and taking prescription pills while listening to GUNS N' ROSES.

Thomas Michael Wilhelm (pictured),who is now 52, allegedly sang along to the classic GN'R song "Used To Love Her" — featuring the lyrics "I used to love her but I had to kill her" — before stealing a handgun from his neighbor and using it to shoot Christine Murray, 45, in 2012.

Although Murray and Wilhelm had once dated, they were only business partners at the time of the alleged crime.

Senior Deputy District Attorney Jim Mendelson said that Wilhelm broke into his neighbor's home on the night of July 8, 2012 and stole a .32-caliber pistol. Eleven minutes before the shooting, he sent a text message to a friend saying that he was listening to a song: "Used To Love Her".

He was charged with first-degree murder and faces 50 years to life in prison.

"Used To Love Her" is found on GUNS N' ROSES' "Lies" EP, which came out in 1988. The song's lyrics are, as the album's notes reveal, "a joke, nothing more." Guitarist Slash reportedly said about the track: "People think it's about one of our old girlfriends, but it's actually about Axl's [Rose, vocals] dog."