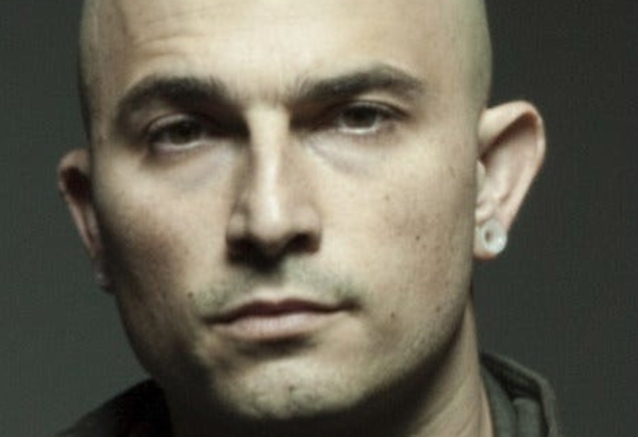 In a recent interview with Epic Footnote Productions ' "There Goes My Hero" podcast, TRIVIUM bassist Paolo Gregoletto reflected on what it was like to meet his heroes in METALLICA. Recalling the night in 2006 when he and his bandmates ended up having dinner with Kirk Hammett in Amsterdam, Paolo said (hear audio below): "It was at the hotel they were staying at. It was in Amsterdam. It was at a really fancy place, and they had a fancy sushi restaurant. Kirk really loved [TRIVIUM's] 'Ascendancy' [album], and he just wanted to come out and hang out with us. So we went to dinner at that place in the hotel and pretty much just ordered everything on the menu — like, every single thing… I don't know how long we were there, but it was quite awhile. It was crazy. And then at the end, he kind of jokingly handed me the bill, like, 'Here you go.'

TRIVIUM's ninth full-length album, "What The Dead Men Say", was released on April 24 through Roadrunner Records. The LP, which was produced by TRIVIUM and Josh Wilbur, is the follow-up to 2017's "The Sin And The Sentence". That effort marked the band's first release with drummer Alex Bent, who joined TRIVIUM in 2016.

TRIVIUM is scheduled to support MEGADETH and LAMB OF GOD on a 55-date North American tour this summer and fall.