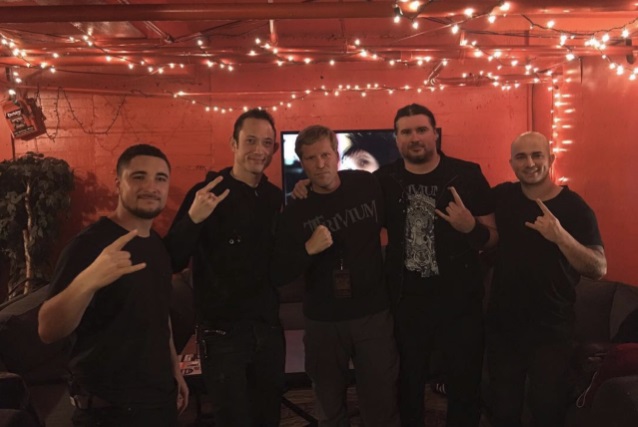 Tim Keller, a former New Mexico state auditor, told the the crowd: "Not only am I your new mayor, I love heavy metal. I've been with you since I was born at Tingley Coliseum right here, and I've waited all my life to say thank you and to say Albuquerque is an awesome metal city.

"And so tonight we have a special treat in store, as you know. One of my favorite bands, a band that I listened to on the campaign trail. When times were tough, they picked us up. Scream for me, Albuquerque, for TRIVIUM."

A clearly impressed TRIVIUM bassist Paolo Gregoletto later wrote on Instagram: "Mayor Tim Keller of Albuquerque is huge metalhead and a longtime TRIVIUM fan. He gave us one of the sickest show introductions ever!!"

Keller, a Democrat, took over as mayor of New Mexico's largest city on Friday, December 1 after racking up 37,940 votes in early and absentee ballots while his opponent, Dan Lewis, had 22,511.

At a Dukes Up event, Keller was asked what the best metal show he ever saw in Albuquerque.

"I wasn't just a heavy metal fan, I still am," Keller said. "In fact, I saw MASTODON, like, three days ago at the El Rey [Theater]."

He said his favorite concert was MACHINE HEAD at the Sunshine Theater in 2016.