In "Plunder In The Sky", which will be hosted by MGG's Call Of Duty League team, the Florida Mutineers, players will compete in Call Of Duty: Warzone during a special three-hour Call Of Duty Charity Invitational event. It's designed to give back to 12 nonprofit organizations and will be available to stream on MGG's participating Florida Mutineers Twitch channel at twitch.tv/floridamutineers.

The talent representing the 12 charities who will carry their banner in Plunder, a game mode featured in Call Of Duty: Warzone, include:

The players will play three rounds with in-game challenges throughout, and at the end, all of the awarded money will go directly to the charities. All money received will go into a Tournament Prize Pool, and winners, top-scorers and teams that completed entertainment-based challenges will be awarded prizes.

The event will be produced using unique broadcast capabilities which will give fans a never-seen-before viewing experience. The broadcast will utilize Warzone Correspondents to give players and fans a live report on what's happening on the ground. While they won't be fighting for the same prize, they'll be fighting to stay alive and will also offer up challenges to the participating teams that result in additional money raised for the charities.

Misfits Gaming Group is a global esports and entertainment company. It competes in some of the most successful video game titles worldwide and are permanent partners in three franchised esports leagues: Riot Games' European League of Legends Championship Series (Misfits Gaming),Activision-Blizzard's Overwatch League (Florida Mayhem),and Activision-Blizzard's Call of Duty League (Florida Mutineers). Additionally, MGG has launched the $10M incubator and seed fund MSF/IO which is positioned to invest into the next generation of esports and gaming entrepreneurs. MGG utilizes world-class management and a deep understanding of the esports ecosystem to capitalize on the rampant global enthusiasm for esports and establish fruitful partnerships with international brands and organizations. 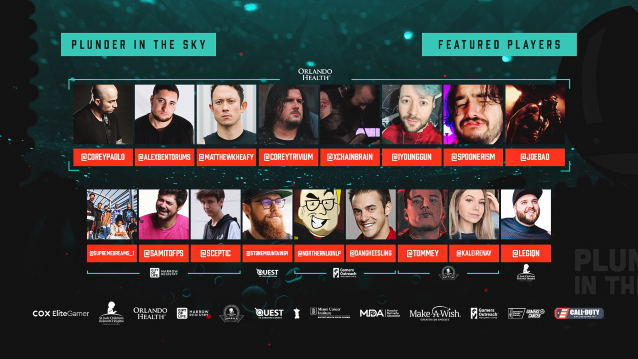