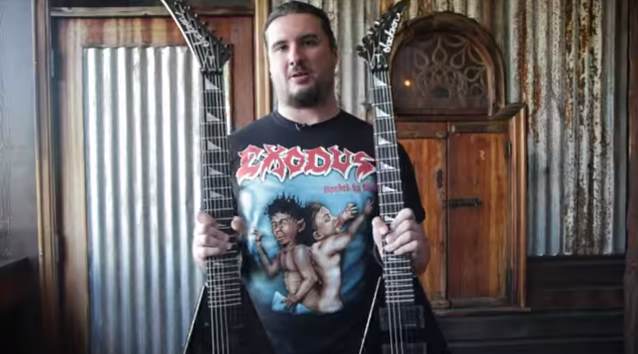 TRIVIUM guitarist Corey Beaulieu has been a fan of the Jackson King V for many years, and now he has a signature model of his own. Watch the clip below as the shred-tastic guitarist dissects his new six- and seven-string signature axes.