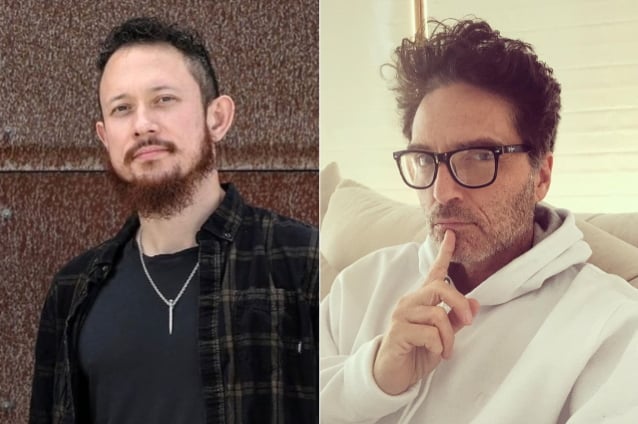 Heafy discussed the pairing during a new interview with the "Bringin' It Backwards" podcast. Asked how the collaboration came about, Matt said (as transcribed by BLABBERMOUTH.NET): "I saw his son was wearing a TRIVIUM shirt, so I hit him up on social media. [He's a] super-amazing guy. We stayed in touch. One day, I [wrote to him], 'Hey, let's do a song together.' And then he texted me, 'Let's do it.' So I did a metal version of 'Right Here Waiting'. He did the vocals on it already. It's sick. Will Putney from FIT FOR AN AUTOPSY is mixing the song."

The original version of "Right Here Waiting" was released in June 1989 as the second single from Marx's sophomore album, "Repeat Offender". The song was a global hit, topping charts throughout the world, including the U.S., where it reached No. 1 on the Billboard Hot 100.

"Right Here Waiting" has been covered by many artists in the past, including Monica for her album "The Boy Is Mine".

Between 1987 and 1995, Marx hit the Top 20 with 14 songs, including three straight No. 1 hits — "Right Here Waiting", "Hold On To The Nights" and "Satisfied" – and had three other songs, including "Now And Forever", top the Adult Contemporary chart. According to the New Hampshire Union Leader, he is the only male artist ever to have his first seven singles reach the Top 5 on the Billboard charts.