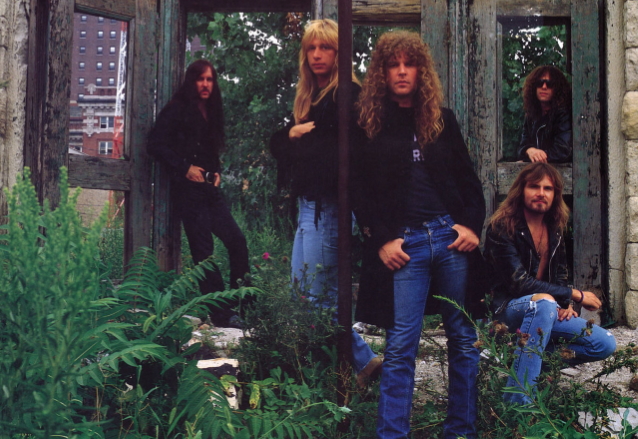 TROUBLE's BRUCE FRANKLIN Pays Tribute To ERIC WAGNER: 'It's A Tough Thing To Accept That A Close Friend Is Gone'

Chicago doom metal legends TROUBLE have paid tribute to their late singer Eric Wagner who died over the weekend at the age of 62.

Earlier today (Tuesday, August 24),TROUBLE guitarist Bruce Franklin, who co-founded the band in 1979, released the following statement via social media: "We were all deeply saddened to hear of the passing of our old friend and former bandmate, Eric Wagner.

"I am struggling with how to describe the complex relationship we had together, in just a few paragraphs. A person's life deserves the fullness of a book, but I will try to convey things in brief form.

"I met Eric when I was 16 and he was 18. We played in our first band together and even though he hadn't realized it yet, I saw the potential that he had. We saw a lot of things the same way, which led us to ditch the band we were in and look for something more serious. We found Rick's band TROUBLE, who were looking for a lead vocalist and guitarist. Those next couple of years produced the sound and early songs of TROUBLE, that you would all come to know and love. Eric definitely played a big part with his unique lyrics and visions for album artwork, along with his eventual iconic image fronting the band.

"On a more personal note, we could all tell some great stories of things Eric used to say that would make us all laugh until we cried. You had to be there and if you were, you know what I'm talking about. I'll also never forget the hours upon hours that Eric and I would spend in his apartment, sometimes just talking about tv shows, movies, or sports. Other times, talking seriously about lyrics, songs, and band direction.

"Eric grew from an aspiring lyric writer and novice singer to become a serious lyricist and kind of poet. When the band hit its peak, Eric had fully realized his potential as a singer and lyricist. This helped to catapult TROUBLE to new heights and made forever fans out of thousands of you. Eric was what musicians call a 'lifer'. He made music his life's mission. He was always working on the next thing and God knows he wasn't doing it for the money.

"It's a tough thing to accept that a close friend is gone and you will never see them again. We all will have to get by with our memories and Eric's bountiful legacy of music through 5 decades.

"Bruce Franklin on behalf of TROUBLE".

We were all deeply saddened to hear of the passing of our old friend and former bandmate, Eric Wagner. I am struggling...