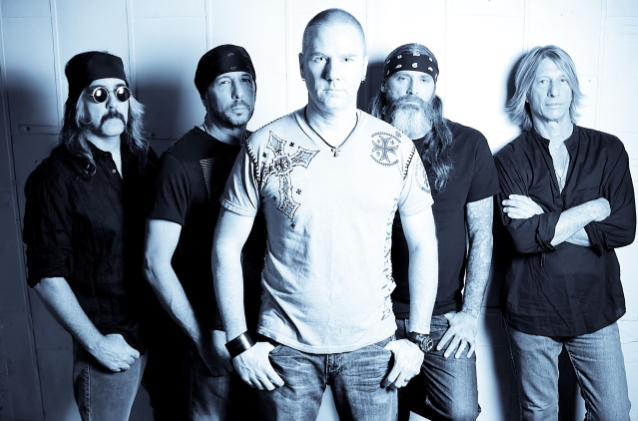 TROUBLE's Next Album Will Be 'Heavier Than Ever'

Hammerheart Records has partnered with TROUBLE to re-release the legendary doom legends' entire musical catalog, in addition to their upcoming album. This partnership that will see the distribution of the band's entire library of music that spans over three decades.

"We are very excited to be partnering with Hammerheart Records and joining their roster of bands," stated Rick Wartell, TROUBLE founder/guitarist. "Our entire back catalog of music will be made available to our fans worldwide, as well as our upcoming release scheduled for later this year."

Hammerheart and TROUBLE will reissue the full catalog with each album remastered and reworked with the respect to the original recordings. Every album will be reissued on a deluxe-2-CD edition, vinyl, music cassette, and digital offerings.

Releases will be scheduled chronologically, starting in May 2020 with the album now known as "Psalm 9", which was originally released on Metal Blade Records in 1984 and is hailed as one of the classics in doom metal.

Other TROUBLE releases will follow, including other '80s heavy classics, the '90s psychedelic era, and more recent releases, including the critically acclaimed "The Distortion Field".

A new TROUBLE album is planned for release at the end of 2020 and promises to be "heavier than ever."

EXHORDER singer Kyle Thomas, who joined TROUBLE in 2012, told "The Metal Magdalene With Jet" a year ago that the doom metal legends were in the "early stages of pre-production" for the follow-up to "The Distortion Field". He said: "This time they've actually written songs with me in mind as the singer instead of, 'These songs were written when Kory Clarke was in the band, but that didn't work out, so let's give it to Kyle and have him back-cleanup,' I guess."