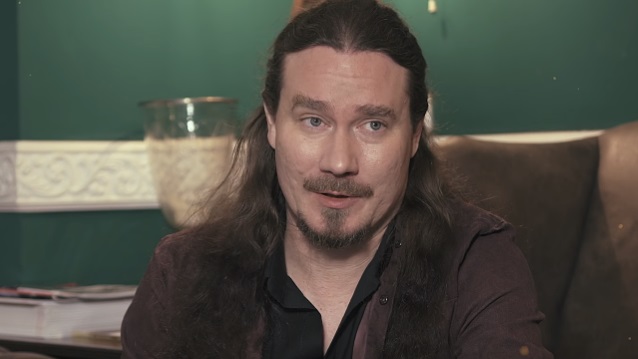 On the origins of AURI:

Tuomas: "2011 was when the seed was planted, so to say. That's when Troy made the first song called 'Aphrodite Rising'. And, that's a whole different story, but already back then, we knew that at some point that the three of us, we needed to be doing music together because the way we think about music and life, everything, it's so connected. It's such a rare thing that we need to come together and see what kind of music we would be able to create between the three of us. But for many years, we had other duties to attend to, with Johanna's solo career, us with NIGHTWISH being really busy with the 'Endless Forms Most Beautiful' album and tour, that we didn't have a chance to realize this dream called AURI until 2017. At some point in 2016, we realized, 'What are you doing next year? Do you have anything in your calendar?' 'Not really, nothing.' 'So, how about we try to do something?' It went a bit topsy-turvy because the first thing we did last March was to take the promotional shots, the photos of the band and of the landscapes for the album booklet. That kind of inspired and even forced us to continue recording the actual album."

On the songwriting process for AURI's debut album:

Troy: "It was quite unusual and extraordinary way to make an album, really. From the first seeds of the project — it's not a project, it's an entity — from the very beginning, because of the commitments we had to Johanna's solo work and me and Tuomas with NIGHTWISH, we just put everything in the freezer. We froze even the idea of it. But, it was still always there and it was still whispering to us and telling us, 'This has to happen.' In all that time, we did nothing towards AURI. Nothing. We just talked about it whenever we met up. We knew it was going to be some kind of experiment. We didn't know how it was going to solidify itself and become real. Once we did that, that strange, we did all the photographs for the album first before there was any album, it really got momentum and became really quite fast, the writing of the music. So we did it all in six months. We've got 11 songs on the record, but we did 10 of them in six months. It was the fastest we've ever worked, but we were just driven and inspired so deeply that the thing just wrote itself."

On being able to write outside of the framework of NIGHTWISH:

Tuomas: "It's equally relaxing with NIGHTWISH. I don't think about the response. I don't think about the fans — no, not anybody, really. You have to have the musical freedom, you have to have your peace and solitude when you're writing the songs and no distraction whatsoever. In that sense, NIGHTWISH and AURI, they grow from the same soil. Of course, there are huge differences in the dynamics of these bands because AURI is a novelty. It's a three-piece, just about to come up with the first album. NIGHTWISH is the ultimate behemoth that has been around for 22 years and it's a six-piece with a long history, so there is a difference. But, when it comes to the core of why both of these bands exist and why we do songs for them and with them, it's the same thing. There's no difference whatsoever."

On whether AURI has inspired new NIGHTWISH material:

Tuomas: "It changed a lot, if not everything. I've been very open about it that after 'Endless Forms', I felt like being in a vacuum. I just felt really empty. Not desperate, not unhappy, but just drained in a good way, so that okay, now we have done in our personal opinion, the best album so far, especially the last song on the album, 'The Greatest Show On Earth', was sort of the pinnacle for me as a songwriter. I think that was the reason why I felt the way I did, like I felt pretty empty, like, 'I'm not sure if there are any more stories for NIGHTWISH to tell.' That feeling lasted for about 18 months until we got the AURI album finished at the end of September last year. For some reason I can't explain, it opened all the floodgates when it comes to writing songs for NIGHTWISH. When I was listening to the final AURI album [mix], I just felt free again, completely free and happy and really inspired to do some new NIGHTWISH stuff as well. That's what I've been more or less doing 24/7 since October last year. These things seem to complement each other."

AURI's self-titled debut will be released March 23 via Nuclear Blast.

Nuclear Blast will celebrate NIGHTWISH's two-decade anniversary by releasing a two-CD compilation titled "Decades" on March 9. The band will embark on a nine-month-long "Decades: World Tour 2018" starting in March with 34 shows in North America, featuring a very special setlist, consisting of rarely heard material from the group's earlier era. 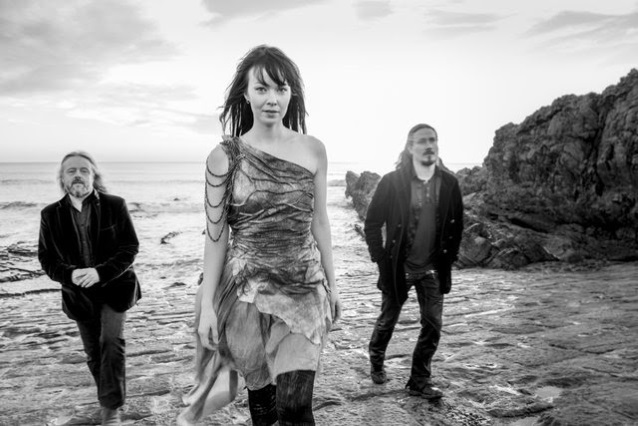