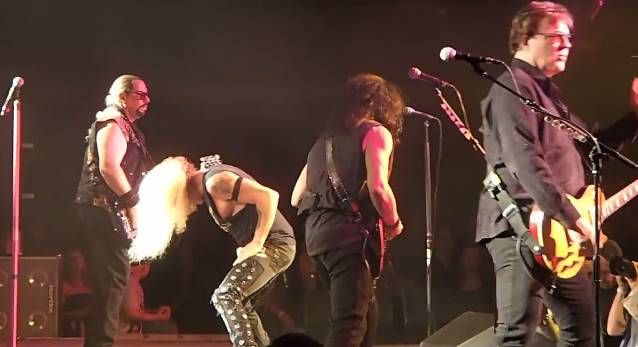 TWISTED SISTER celebrated the 30th anniversary of its 1984 breakthrough album, "Stay Hungry", with a show this past Saturday night (May 17) at the Starland Ballroom in Sayreville, New Jersey. The New York-based band — guitarist Jay Jay French, singer Dee Snider, guitarist Eddie Ojeda, bassist Mark Mendoza and drummer A.J. Pero — played the majority of the album's nine tracks, plus a host of other TWISTED SISTER classics spanning the band's entire career.

"Those songs became worldwide anthems," Jay Jay French told NorthJersey.com about tracks like "We're Not Gonna Take It" and "I Wanna Rock", which are heard in hockey arenas, at political rallies and in countless commercials and movie soundtracks. "They've appeared in more than 100 movies, movie trailers, television shows, commercials and video games. It's extraordinary and something none of us could have imagined."

He added: "'Stay Hungry' became a statement album that everyone had to have. From the album's release in May 1984 until about November 1985, TWISTED SISTER was being hailed as the biggest band in the world." To date, "Stay Hungry" has sold 6 million albums worldwide.

"This was our shot to have a big record," French said. "For all the struggles the band had leading up to 'Stay Hungry', it was a confluence of extraordinary timing. MTV had just started and we knew we were going to get really good placement on MTV if we came up with a good video."

TWISTED SISTER, which reunited in 2001, performs about 12 shows a year, including festivals around the world, holiday-themed performances and occasional local concerts. It has released several live CDs and DVDs over the past decade but has no intention of recording new material.

"We don't tour regularly and I don't see any reason to [make a new record]," French told NorthJersey.com. "If I told you we were going to play new songs and take some classics out of the set, you'd kill me." 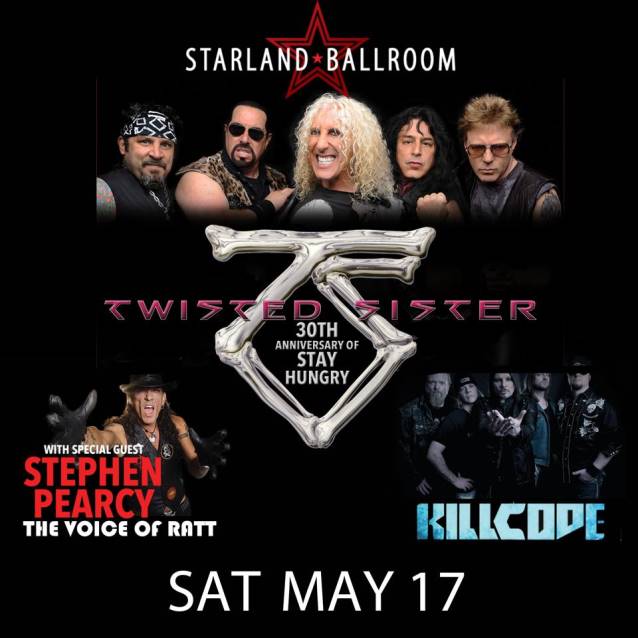