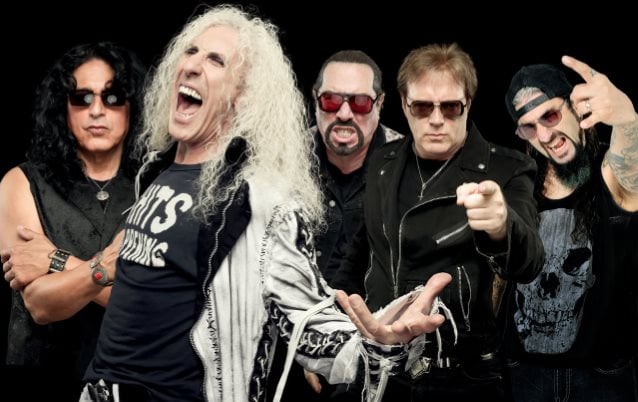 TWISTED SISTER played its second show with drummer Mike Portnoy (DREAM THEATER, ADRENALINE MOB, THE WINERY DOGS) this past Saturday night (June 13) at The Starland Ballroom in Sayreville, New Jersey. Fan-filmed video footage of the concert can be seen below.

During an appearance on the May 11 edition of Eddie Trunk's SiriusXM satellite radio show, "Eddie Trunk Live", French was asked how Portnoy came to be involved with TWISTED SISTER.

"That is a really great question," French responded. "Here is how that really went down. I was at the Starland [Ballroom in Sayreveille, New Jersey on March 21] waiting to go on stage with ADRENALINE MOB [as a tribute to Pero], and Mike was there as well. And the two of us were just kind of sitting in the dressing room and shaking our heads, because, don't forget, it was only a day [after A.J. died] — it was the next day. So we were both kind of shaking our heads in disbelief. And he turned to me and he said, 'By the way, I just want you to know, my schedule happens to be clear after mid-May, and if you want me to do it, I'm there.' And I kind of looked at him and I went, 'Wow, that's quite an amazing offer.' He's such a great drummer; he's so legendary."

He continued: "A.J. and Mike, I guess, kind of were interchangeable within the ADRENALINE MOB situation. And most people don't understand how great, technically, A.J. was; he was a spectacular drummer. They had enormous respect for each other; they were brothers, in a way. They really were. And he just said, 'If you want me, I'll be happy to do it.' And I kind of told the guys in the band, and everyone was, like, 'Wow! Really? Wow! That's amazing.' So that's kind of how it transpired."

French also spoke about how the fact that Portnoy was a longtime fan of TWISTED SISTER factored into their decision to work together.

"I'll tell you how much of a fan [Mike] is," French said. "I mean, he is such a fanboy. He came to rehearsal and handed me cassettes he made off the air of our famous shows that were broadcast back in the day, from Hammerheads, on WBAB, WLIR, live in Detroit… He had stuff that I didn't even remembed that we did. And he had 'em, and he had 'em labeled. And he said, 'I just found them.' He goes, 'I want you to know. This is from my personal collection.' And what I said to him was, 'How does it feel to play with a band that you snuck in to see back in the day?' And he said, 'It's really… It's quite amazing.' So, I think, if I look at it through his eyes, if he was 15 or 16 and someone said to him, 'One day you'll be playing with them,' I don't think he would ever think that would happen. So I think that that's something great for him, and, of course, for us, it's an honor. So it goes both ways." 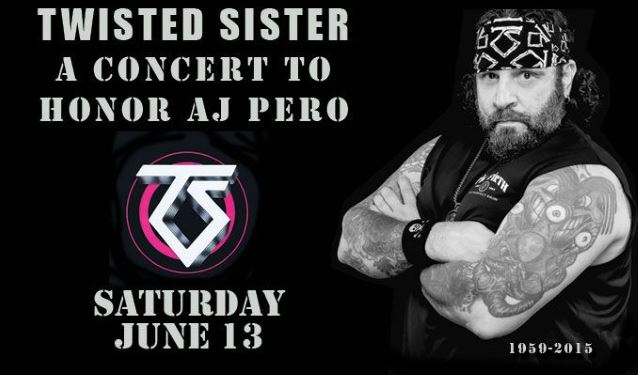