On November 18, TWISTED SISTER releases "Live At The Astoria", a special twin-disc CD/DVD that marks the first commercially released, uncensored TWISTED SISTER concert in over 25 years. This very special concert was taped in London in 2004, and is hailed by critics as the band's greatest live triumph in its 35-year career

The band is hosting an intimate DVD screening party on Friday, November 21 at Webster Hall (not in the main space, but in the room on the ground floor, just after you enter the venue) in New York City from 8:00 p.m. to 10:00 p.m. The classic lineup of Dee Snider, Jay Jay French, Eddie Ojeda, Mark Mendoza and A.J. Pero will be in attendance, and there will be drink specials from Jägermeister.

The event is open to the general public. Admittance is $5, or free if you say the password: Live @ The Astoria. Admittance is subject to venue capacity.

As previously reported, TWISTED SISTER will take part in a signing session at J&R Music, located at 23 Park Row in New York City, on Friday, November 21 beginning at 5:30 p.m.

Commented guitarist Jay Jay French: "Recorded in London, in August 2004, the critics hailed TWISTED SISTER's performance as one of their greatest ever. If you're an SMF, and have wondered what TWISTED SISTER thought about any of their live shows throughout their 35-year history, you should know this: while certain bandmembers remember certain shows, and relate tales of particular performances as being their favorite, rarely does the band universally agree that any particular show is about as good as it gets. I can say this without hesitation or ambiguity: each bandmember considered that night to be amongst the most special of our careers. This concert was filmed and kept in a vault for the past four years. When the band had the opportunity to look at the footage, it brought back the heat, passion, intensity and audience participation that was at a level far above all expectations. The DVD will be released worldwide through Demolition Records, our UK-based label, and we look forward to sharing this magical performance with all of you."

TWISTED SISTER's setlist for the August 1, 2004 show at the Astoria in London, England was as follows: 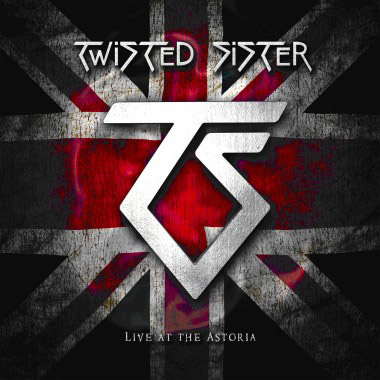