TWISTED SISTER has set a June 23 release date for the 25th-anniversary reissue of "Stay Hungry" featuring loads of bonus material, including one brand new track, "30", that the band recently recorded.

TWISTED SISTER guitarist Jay Jay French commented: "A couple of years ago, while playing to 80,000 fans in Quebec after not playing there since 1984, it struck me just how important our album 'Stay Hungry' had become. It broke sales records in 8 countries and the videos made us international stars. Canada especially had gone crazy for the album and bought it at a much greater proportional rate against U.S. sales then any album in recent memory.

"We had just released our re-recorded version of it called 'Still Hungry'. While talking to our fans in Canada, it struck me how many still preferred the original 'Stay Hungry'. Maybe, as band members, we were just too close to the whole thing. Maybe we just weren't seeing it and, more importantly, hearing it through the eyes of the fans who had spent the last 23 years with their ears tuned in to the sound of the original record. I knew that in two years a milestone was approaching. In May of 2009, the 25th anniversary of 'Stay Hungry' would arrive. I started to think of a way to recognize and celebrate the music and the times which had become so important to the lives of not only our millions of fans around the world, but also to acknowledge the importance and relevance of all of the music created by the hard rock bands of that period. What became obvious to me was that just re-mastering the original record was not a reason to re-release it. The only way this could be 'special' was to locate any material that was recorded by us at the time and never released so as to make a truly great two-disc package.

"Much to the band's surprise, Atlantic/Rhino discovered a series of cassettes that comprised almost a whole extra albums worth of material. This original music was part of the 'demo' process used in making 'Stay Hungry'. These tapes were recorded in December 1983 at Nino's studios in Baldwin, Long Island along with all the songs that wound up on the finished album. I completely forgot that these tapes ever existed. The band barely remembered these songs ever being recorded. Most of the songs, upon fresh listening, are shockingly good. Remember, these are demos which means that they are unfinished versions of songs. Maybe some day we will actually fully finish and record some of them if you, the fans, yell loudly enough. Don't ask me why some didn't make the record; the politics of that question are too deep to get into. Suffice it to say, we are proud of this material and, to make the re-release really special, we also recorded our first new song in 10 years — a song called '30'."

Italian news blog Musica Metal uploaded video footage (see below) of TWISTED SISTER performing the song "The Price" (which originally appeared on the "Stay Hungry" album) at the first edition of the Rock Of Ages festival, which was held on September 13, 2008 in Milan, Italy. 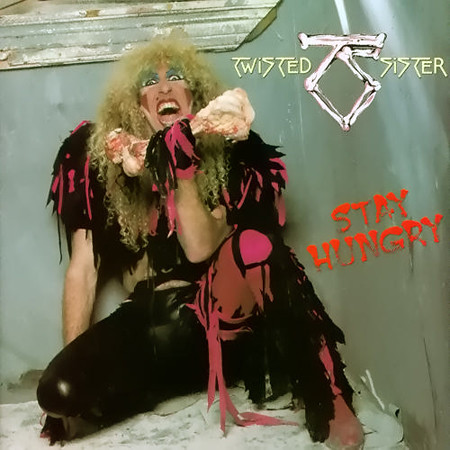