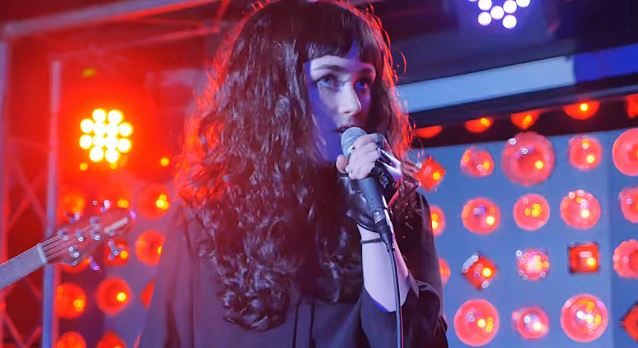 Canadian singer, songwriter, musician and artist Nicole Dollanganger has released her version of the TYPE O NEGATIVE classic "Christian Woman". You can now listen to it using the SoundCloud widget below. Also available is a fan-filmed video of Nicole performing the song live in November 2015.

The original version of "Christian Woman", which appears on TYPE O NEGATIVE's 1993 album "Bloody Kisses", is a song telling the tale of a 13-year-old Christian girl who was told sex is bad. She goes to sleep every night looking at the nearly naked son of God on her crucifix until she eventually begins to have sexual fantasies about Christ.