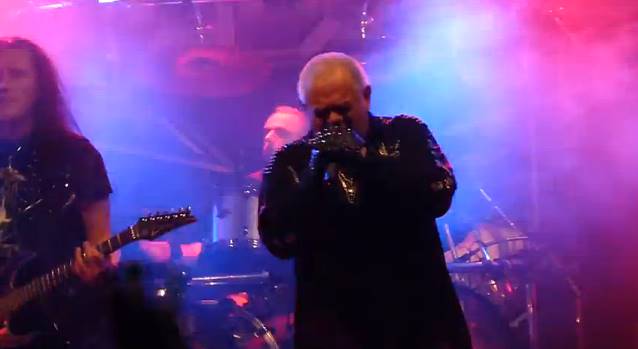 Quality fan-filmed video footage of U.D.O. — the German metal band fronted by former ACCEPT singer Udo Dirkschneider — performing on October 13 at Sticky Fingers in Gothenburg, Sweden can be seen below.

U.D.O.'s new album, "Steelhammer", was released on May 24 via AFM Records. The CD was produced by Dirkschneider and Fitty Wienhold.