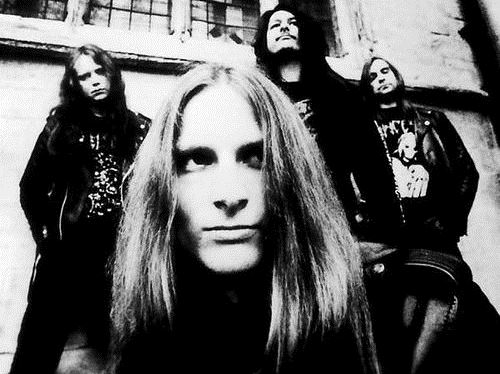 The classic lineup of U.K. death metallers CANCER — John Walker (guitar, vocals),Carl Stokes, Ian Buchanan (bass) and Barry Savage (lead guitar) — will reform to promote their first three albums which are being re-released by Cyclone Empire Records later this year. The band plans to make a number of festival appearances during which they will play songs from these first three albums only.

CANCER in 2005 released a "comeback" studio album, entitled "Spirit In Flames", on the Copro label. The group's first full-length studio album (fifth overall) since 1995's "Black Faith" was recorded over a three-week period at Philia studios in Henley on Thames, England. An EP, entitled "Corporation$", preceded the "Spirit In Flames" CD and was also released through Copro. Included on the effort was the group's cover version of the CELTIC FROST classic "Dethroned Emperor".

CANCER split up in 2006 "due to the lack of comitment to the band from John Walker," according to a statement released at the time by Carl Stokes.