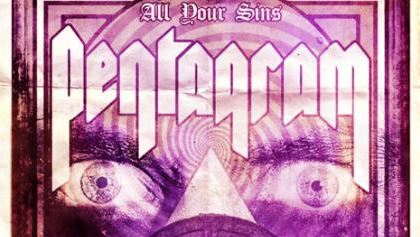 Peaceville Records has announced the re-signing of U.S. metal legends PENTAGRAM for their forthcoming studio album, due in the summer. The highly influential American heavy metal/doom act, fronted by the mysterious Bobby Liebling, formed in the early 1970s, though its debut album — now known as "Relentless" — didn't see light of day until 1985. Through four decades of adversity and triumph, PENTAGRAM has become a legendary international act and has firmly stamped its name in the heavy metal history books.

PENTAGRAM comments on the signing: "PENTAGRAM is happy to return to the label that helped relaunch interest in our debut album and introduce us to a new metal audience in the 1990s.

"Peaceville Records has been an ally to us throughout the past 20 years. We are happy to have them by our side once again as we record our fourth album under their banner. Never properly recorded songs written by Bobby in the 70s will be heard on the album as fresh as they were when they were written over 40 years ago. Brand new numbers by the core of Griffin, Turley and Liebling that were written this fall will appear along the old songs, and will produce an album that encompasses the true spirit of PENTAGRAM.

"Doom is often mistaken as exclusively slow music. If you listen to our classic 'doom' album 'Relentless', many of those doomed classics are quite fast.

"One of the magics of doom metal is to have a faster song seem much slower because of the sheer heaviness of the number. That's what we are going for.

"The band will sound like they are as much from the street as they are from the SABBATH, because, well, we are."

It has also been announced that Sean Saley has decided to step down from the drum throne. "Minnesota" Pete Campbell will step in to complete recording and touring duties throughout 2015. Campbell is best known for his drumming with Victor Griffin's IN-GRAVED, PLACE OF SKULLS and stoners SIXTY WATT SHAMAN.

Preceding the still-to-be-titled opus is an extensive DVD release, "All Your Sins", due out March 31 in North America. This first-ever official PENTAGRAM video collection recovers, repairs and resurrects the earliest known footage of this doomed metal pioneer and more. Featuring two DVDs packed with priceless archive footage, as well as recent shows, "All Your Sins - Video Vault" unearths the rumored lost visual evidence pent up in the Ram Family vault for decades. This definitive collection contains over seven hours of footage from nine venues and numerous historical shows, including a charged performance at the legendary CBGB club in 1985 — a mass of classic renditions from the band's catalogue finally gathered together for a live journey spanning over 30 years. 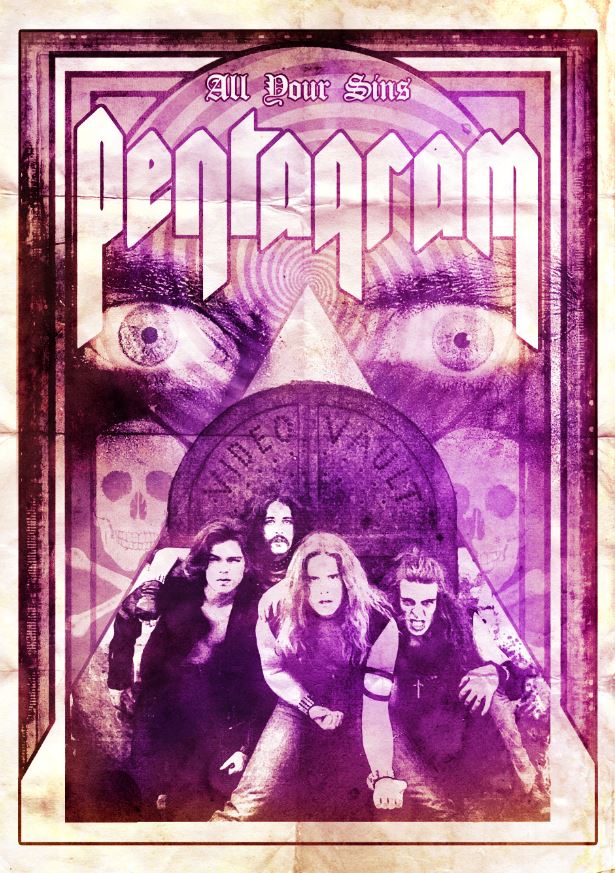