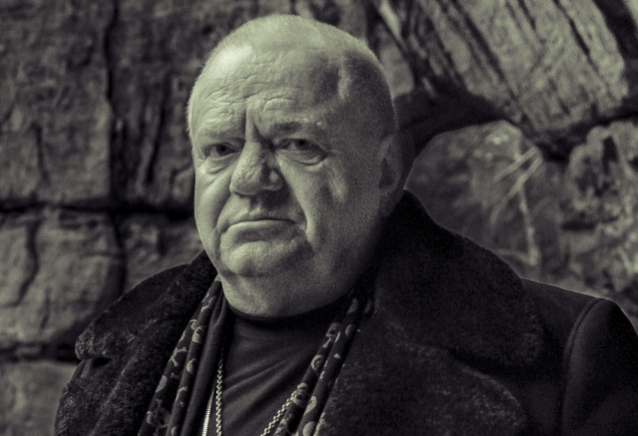 UDO DIRKSCHNEIDER On Turning 70: 'It's Just A Number'

Former ACCEPT frontman Udo Dirkschneider, who turned 70 years old on April 6, spoke to A&P-Reacts about what it feels like for him to reach this milestone birthday. He said (as transcribed by BLABBERMOUTH.NET): "I feel quite good. No problem. Getting 70 years old, it's just a number. I think the most important thing is how you feel inside. And that's a… I don't wanna say 'very young,' but I still feel young. [I] keep going, and if you keep going, that keeps you fresh and young, especially in this kind of music, what we're doing. We feel, like, 'Yeah, we're going forward.' And that's a good thing about this."

Asked how he still manages to keep his voice in such great shape after all these years, Udo said: "I think I'm so lucky with my voice. I never had any problems, and I never was canceling a concert. Of course, sometimes you have a cold on tour, but I never had any problems. Stefan Kaufmann, my old ACCEPT bandmate, he's [recording] all of my vocals already also now on U.D.O. and also on this [upcoming] cover album ['My Way'], and he said to me this was a miracle. 'You sing like in the '80s — high notes, really high notes. And also the lower range goes better.' Normally, [when you're] getting older, the voice gets a little bit closed. I don't know… It's — how can I say? — knock on wood. [Laughs]"

Udo went on to say that he does "nothing special" to keep his voice intact. "I never had any lessons," he explained. "I never warm up before I go onstage. Okay, now I'm not smoking since 18 years — 17 or 18 years. I was smoking three packs of cigarettes a day, and then I stopped completely. And you can smell much better, the taste of food is much better, and also the breathing is much better. But I don't miss [smoking]; I'm glad that I stopped smoking. But I never do anything special with my voice — nothing."

In early 2019, Udo used a walking cane during some of his concerts after dealing with a "serious health" issue. The singer reportedly couldn't walk at all for an extended period after experiencing pain in his left knee. He later ignored doctors' advice when deciding whether to return to the road and joined his bandmates as they kicked off a European run of headlining shows in January 2019 in Madrid, Spain.

Although it has been reported that Dirkschneider suffered a heart attack nearly 30 years ago, he told Metallian that the reality was a bit different. "Around 1990, I had — what is the word — a body breakdown and not a heart attack," he said. "I was overworked, singing, recording, writing songs, producing and even being a manager. I was working on other albums. It was too much. It was not a heart attack. I remember the reports. I don't know where the report on a heart attack came from. In a way, I am lucky. I have never had a problem with my voice. I have managed to stay healthy. I also stopped smoking [in 2003]. Especially, while on tour, you have to do your best to stay healthy. I always say that I am lucky, I am very lucky. Of course, we get drunk sometimes, but I never party or take drugs or something like that. I have always been a healthy man."

Due on April 22 via Atomic Fire Records, "My Way" is billed as Udo's "most personal and extraordinary album to date." The effort contains 17 cover versions of the songs that have influenced the musician and singer the most, including classic tracks from URIAH HEEP, RAINBOW, THE SWEET, MOTÖRHEAD, LED ZEPPELIN, SCORPIONS, AC/DC and JUDAS PRIEST.