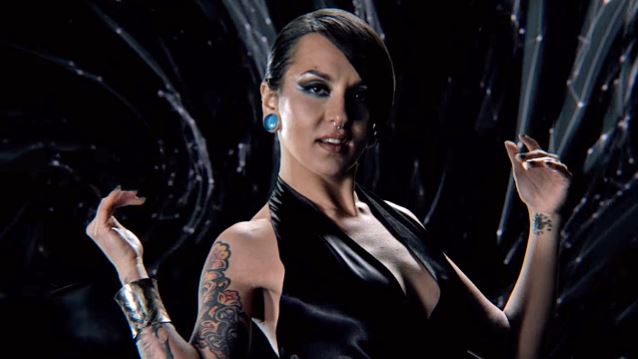 "I Speak Astronomy", the new video from the Ukraine-based "groove metal" band JINJER, can be seen below. The song is taken from the band's third album, "King Of Everything", which will be released on July 29 via Napalm Records.

JINJER bassist Eugene Kostyuk told Metal Horizons in a new interview that his band doesn't like being compared to other female-fronted groups. He explained: "Firstly, we don't actually see the point in differentiating a band by a gender of a front person. It's music and it doesn't have a dick, tits or whatsoever. It is higher than this. However, our music has balls, if you know what I mean. Secondly, I personally hate what that 'female-fronted' devision turned into now — a bunch of naked and voiceless chicks doing a peep show on stage. I am not saying all of them, but quite a lot... so we prefer to stand aside."

Kostyuk also talked about JINJER's musical influences. He said: "Oh, there are lot of them. I think it is reasonable to start from out early years inspirations. Back [in] those days, ten [or] fifteen years ago it was GUANO APES for Tatiana [Shmailyuk, vocals] definitely, [and] SLAYER, DEATH, PANTERA for all of us. I used to be a big fan of doom metal. Actually, Tatiana loves ANATHEMA too. She and I are big fans of OPETH, my favorite band of all times. Roman [Ibramkhalilov, guitar] loves LAMB OF GOD. We all listen a lot to GOJIRA, KARNIVOOL, TWELVE FOOT NINJA and TEXTURES. Tati also listens a lot to non-metal music; she loves soul, rhythm and blues, funk and jazz. We are fond of tons of different music... It often happens that we listen to CYPRESS HILL and HOUSE OF PAIN in our tour van."

Regarding the JINJER name, Eugene said: "There was no real meaning at first, as far as I know. The thing is that none of us was in the band when it was called JINJER, but from I was told, it was just name. You know, when parents name a child John, they don't usually put anything in it, just a good name. Though later on, fans found a sort of a meaning, namely associating it with a distorted guitar sound: 'jin-jer-jin-jer.'"

"King Of Everything" track listing: 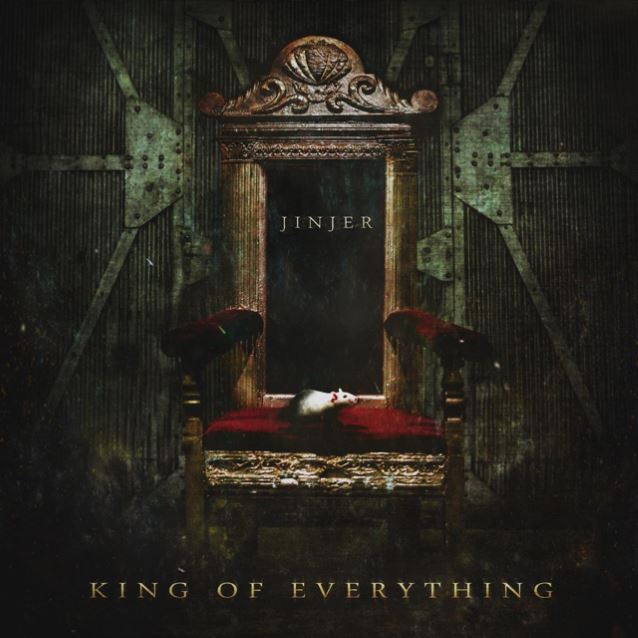