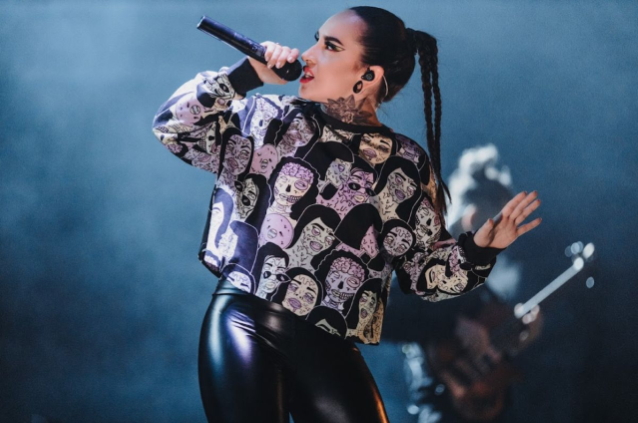 Ukrainian progressive metallers JINJER have released new merchandise designs to help raise funds to support their country which is under an invasion by Russia.

JINJER bassist Eugene Abdukhanov said in a statement: "Thank you all for your concerned messages and prayers sent to us over the last week. We may not answer but we are reading them and they mean the world to us.

"As you know, there is war raging through the streets and cities of Ukraine right now. Many people have little or no food or water and are very afraid of what tomorrow may bring.

"Together with Napalm Records, we're releasing two new t-shirt designs to raise funds to be donated to various charities throughout Ukraine to help with medical and food supplies, water and so on.

"If you cannot donate, then please share this or any news related to what's really happening here. Each sale may save somebody's life in Ukraine.

100% of proceeds earned from these t-shirts will be distributed directly to charity organizations of JINJER's choosing.

Due to the ongoing war in the Ukraine, JINJER has been forced to cancel all previously announced North American tour dates, including its own headline dates, side shows with IN THIS MOMENT and participation in the "Knotfest Roadshow" tour supporting SLIPKNOT.

Earlier this week, Abdukhanov told BBC News that he has abandoned his day job to concentrate on the immediate humanitarian crisis. He is currently establishing a charity "to help the military, to help the civilians" and will soon join his friends in running a shelter providing "food supplies, water [and] protection" for people displaced by the conflict.

Late last month Abdukhanov released a video message in which he condemned Russia's invasion of his country, saying "this war cannot be justified by anything." 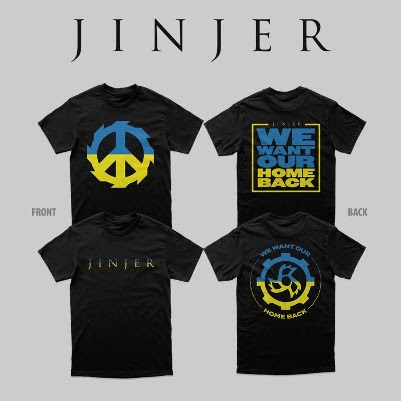