On January 24 at Malone's in Santa Ana, California, an unprecedented collection of musicians will gather together for "Extreme Cream: An All Star Dedication To The Original Supergroup".

What started out as an homage exclusively to the works of Ginger Baker, Jack Bruce and Eric Clapton has evolved into an event celebrating CREAM, as well as several true giants in the world of rock and metal.

* Michael Angelo Batio will be taking us on a double-necked trip through the "History of Rock Guitar." Insider buzz on this performance has been nothing short of phenomenal.

* Craig Goldy, Vinny Appice and Mark Boals will join forces, combining elements of both DIO DISCIPLES and LAST IN LINE for a rare performance celebrating the music of BLACK SABBATH, DIO and RAINBOW.

Closing — a one-night-only all-star performance honoring the ultimate guitar god: the one and only Jimi Hendrix.

A once-in-a-lifetime event and a historical recreation of rock and roll's six decades, "Extreme Cream" promises to be one of NAMM 2014's defining moments. 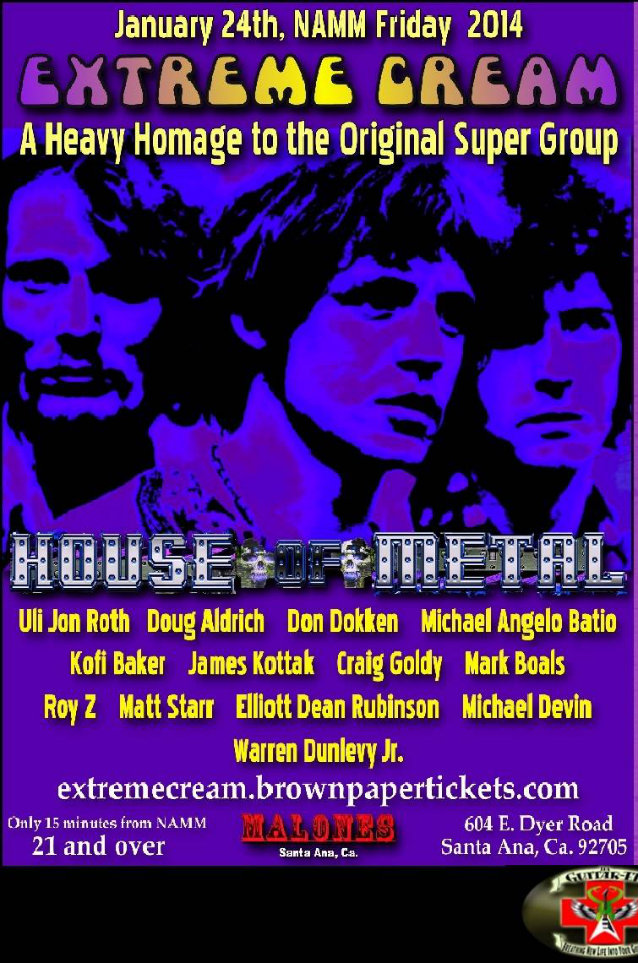