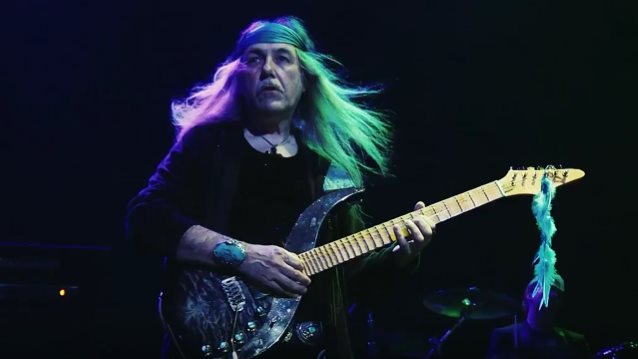 To celebrate this special anniversary year, Uli will perform a whole series of concerts and tours worldwide with varying programs.

His two-month "Triple Anniversary North American Tour" — starting at the end of May 2018 — will be devoted to performing a complete set of songs from Uli's ground breaking ELECTRIC SUN period.

"Electric Sun Reborn" will consist of an intense ninety-minute set by Uli and his band, complemented by multi-media projections. This is followed by an intermission and a shorter set of the highlights from "Tokyo Tapes Revisited" to round off the three-hour extravaganza.

Uli has not performed the bulk of this music for over thirty years. Although it never enjoyed the overwhelming commercial success of SCORPIONS, ELECTRIC SUN was far more than just a cult band and had a sizeable following on both sides of the Atlantic as well as in Japan. Largely thanks to Uli's innovative and ground-breaking guitar playing and interesting compositions, the band became artistically influential and presented a unique blend, which was sometimes likened to a strange mixture, located somewhere between Beethoven and Hendrix.

Following the worldwide success of his latest "Scorpions Revisited" releases, Uli will now revisit the spellbinding music of his first solo venture after leaving SCORPIONS and reconnect with his songs from that prolific era of his long and colorful career.

Widely regarded as one of the greatest guitar players ever, Uli pioneered a unique style of guitar playing which — for the first time — combined complete mastery of the instrument with an intensely melodic and emotional appeal. Uli's ELECTRIC SUN guitar solos are both uplifting and often mesmerizing, displaying a very wide variety of textures, colors and novel ideas. They always take you on a journey.

From his earliest days onwards, Uli has always been a bold and uncompromising musical innovator of the first order and his ELECTRIC SUN period bears ample witness to that fact. Being the first guitar player in rock to incorporate complex melodic arpeggio sequences, Uli Jon Roth — in the eyes of many of his peers — practically reinvented modern guitar-technique almost singlehandedly during his SCORPIONS tenure, but even more so during his ELECTRIC SUN days.

Uli has now taken a fresh look at this material, drawn from the altogether three ELECTRIC SUN albums which he wrote some forty years ago. The three albums — in chronological order — were "Earthquake", "Fire Wind" and "Beyond The Astral Skies". ELECTRIC SUN and Uli fans alike will be delighted to finally hear these songs played live again by the master himself.

As a real bonus for his die-hard fans and connoisseurs, Uli has a special treat in store which will bring many a tear to the eyes of nostalgic older fans; due to popular request, Uli will finally bring his legendary white Fender Stratocaster guitar on tour again. The famous instrument — which he used during almost all the SCORPIONS and ELECTRIC SUN recordings (!) — will make an onstage appearance for a couple of songs after having remained silent for so many years... The guitar has not been played in public since the mid-'80s when Uli switched over to Sky Guitars for good and he is looking forward to putting this iconic guitar through its paces for old times' sake. The whites strat can be seen on the covers of "In Trance" as well as "Fire Wind". Uli played this guitar in every single SCORPIONS concert since 1975 and on every single ELECTRIC SUN album.

To make the evening even more intense, another very special treat is reserved for the purchasers of VIP Passes and comes as a big surprise. (VIP passes are only available online at UliJonRoth.com). VIP Pass holders will be given a unique opportunity to hear Uli perform his "Metamorphosis Of Vivaldi's Four Seasons" in its entirety during a private pre-show concert.

Uli has not performed Vivaldi's "Four Seasons" in over fourteen years and this is a very rare chance to hear this amazing piece of music played live by the "Master Of The Sky Guitar" himself. Uli was the first and only guitarist ever to perform this most famous of all violin concertos on electric guitar note for note, stretching the instrument to the very limits of its capabilities, and beyond. Vivaldi's "Four Seasons" concerto was written in 1723 and sounds as fresh and inspirational now as it did three hundred years ago. Particularly so in Uli's truly mind-blowing rendition, which is fiendishly difficult to play on guitar and can only be performed at concert pitch on one of his signature Sky Guitars.

Uli will be accompanied for the VIP event by his two very talented young protégés, Niklas Turman and David Klosinski on guitar, as well as Corvin Bahn on keyboards, who will play the orchestral parts. As an additional treat, Uli is going to perform this piece on his legendary "Mighty Wing" seven-string Sky Guitar, which has not been seen in public for a long time, but which was his main guitar for a period of twenty years. 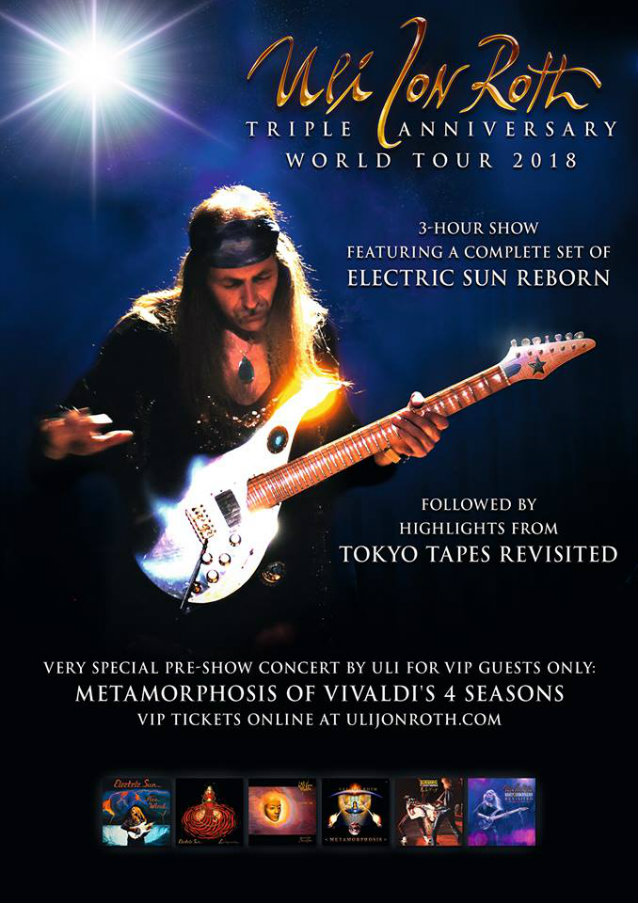