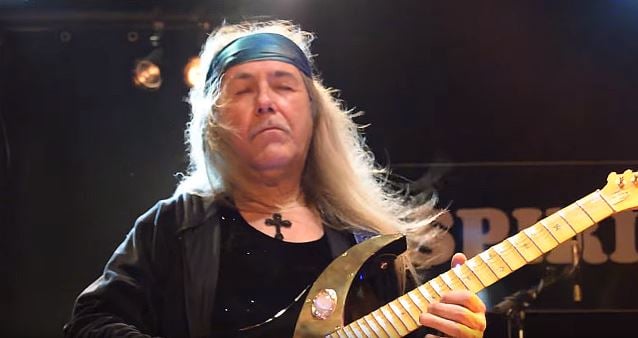 Uli states: I'm really looking forward to this tour and I'm sure that between the three of us — and the audience — sparks will fly (positive ones, of course)!

"We will all play our own separate sets first and then play some pieces together, which should be great fun!

"My own set will be drawn from a combination of all my albums, including the latest, 'Scorpions Revisited', and 'Transcendental Sky Guitar', but I will also emphasize some ELECTRIC SUN songs, which I haven't played live for over 30 years and which, I feel, deserve to be heard again. This is in order to celebrate the 35 year anniversary of the release of the first ELECTRIC SUN album, 'Earthquake'.

"We are also presenting a new concept related to VIP-pass holders only, because each night — before the main show, during soundcheck — we are going to perform a dedicated 'Acoustika Concert,' featuring different songs from those of the main event for the VIP-pass holders exclusively. In that context, you are also going to be able to be present at an onstage rehearsal of some of my new songs for the next album.

"This is an unusual idea, but I always felt that songs are benefiting greatly from being played in front of a live audience — before actually recording them — and I am sure that this will help us to galvanize things and to fully crystallize the new material that I have written.

"We have never tried this before, but I feel that this is a new and exciting idea. So, please — if you can make the time — help us to make it happen by participating and joining us for the private pre-show event!"

In an interview with LA Weekly, Uli Jon Roth was asked about the fact that a lot of young musicians today are are able to attain an accelerated rate of learning by watching YouTube videos or using digital apps, which is different from how people of his generation learned.

"It's a very, very natural thing that the younger generations always learn much quicker than generations before," he responded. "It's like the hundredth-monkey syndrome [referring to the hundredth monkey effect, a studied phenomenon in which a new behavior or idea is claimed to spread rapidly by unexplained means from one group to all related groups once a critical number of members of one group exhibit the new behavior or acknowledge the new idea]."

He continued: "I believe that once a person has attained a certain level or ability in any field, it kind of seems to go into the stream of consciousness of the whole planet, of all of mankind, because we're all connected. It's then easier for others to pick it up and to actually do the same — maybe not with the same level of excitement, because it's always more special when it happens for the first time, but they can replicate it and then take it to yet another level. This process is normal. It's been going on since the dawn of time."

Roth added: "There are certain pitfalls, particularly now, because the kids are almost inundated, overwhelmed with these things like YouTube. There is a lot of spoon-feeding going on, and that doesn't really help a personal level of creativity, and it may be a bit of a hindrance. It may lead to a superficial kind of learning without really a deep understanding. But then again, that totally depends on the individual. You may have a really young talent who bypasses all that and doesn't get affected negatively by it and just benefits from all that's out there." 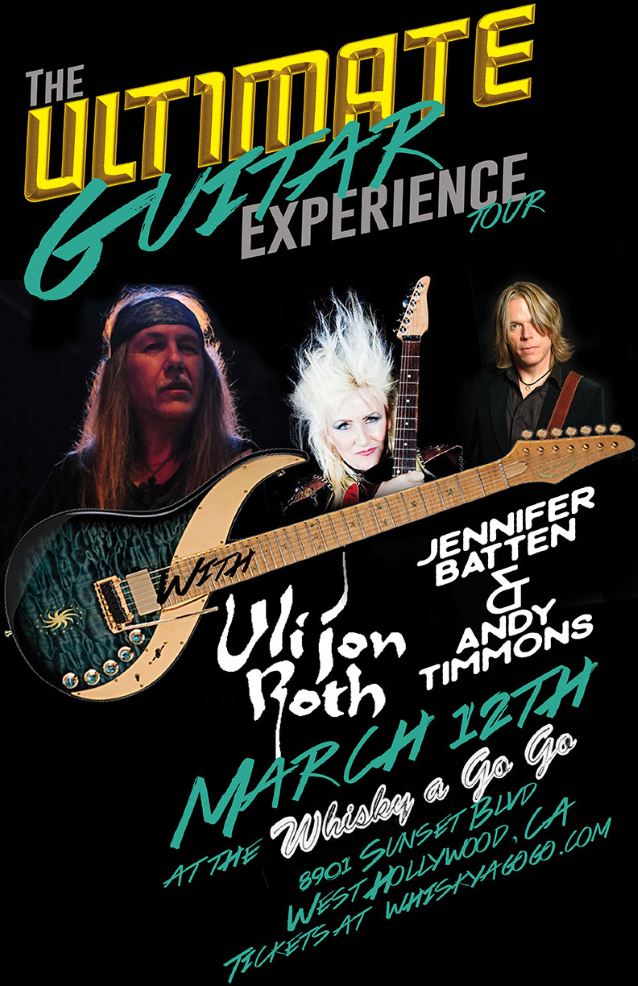