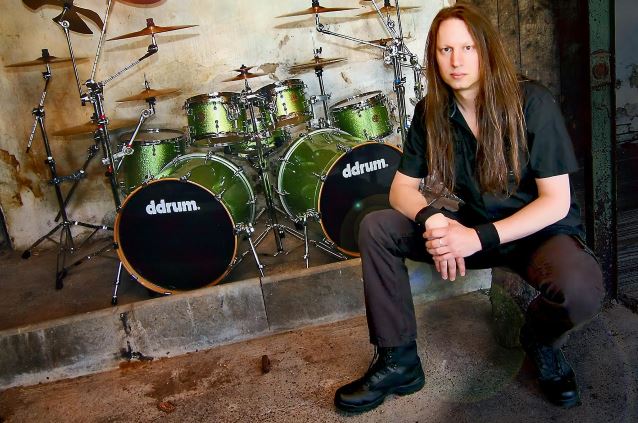 Says UNISONIC bassist Dennis Ward: "After Kosta announced his departure from the band and retirement from professional metal drumming early September, we thought Michael is the perfect choice for now: He's a great drummer, a very nice person and Kai's [Hansen] bandmate in GAMMA RAY. We toured together in the past and he is familiar with UNISONIC's live set. During the first rehearsals he already did an exceptional job and we look forward to play the show with him! After this last festival we'll take a longer break and will consider all options for UNISONIC's future."

Kosta announced on September 7 that he would "no longer be performing as a professional drummer anymore." He will continue to be involved with UNISONIC through his Bottom Row management and booking agency, which he runs with two partners.

UNISONIC's second album, "Light Of Dawn", was released in August 2014 via earMUSIC.