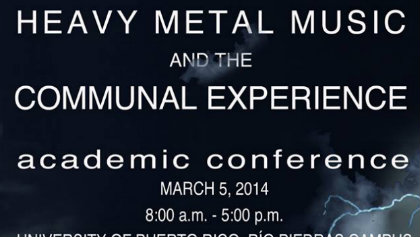 It is common to hear metal fans and musicians talk about the "metal community." This concept, which is widely used when referencing metal music, encompasses multiple levels of complexity that are seldom addressed in academic endeavors. When examined in detail, it raises more questions than answers.

What criteria are used to define groups of people as a community? How does the concept of community vary or remains the same across cultures? How do different academic disciplines define the communal experience in metal music? In light of the importance of individualism in metal music, are communities even possible?

These are just some of the questions that arise when the concept of "community" is used in relation to heavy metal music.

A group of 10 academic researchers on heavy metal music will meet to discuss these issues. Presentations from scholars from Europe, Latin America and the United States will take place on March 5, 2014 at the University of Puerto Rico.

Researchers scheduled to take part in the event:

A video message from Dr. Niall Scott, Chair for the International Society for Metal Music Studies, can be seen below.

In an interview with CvltNation.com, Spracklen stated about his decision to create Metal Music Studies: "Heavy metal is an important part of modern culture and everyday life, so studying heavy metal enables us to understand both of those things. For me, the interesting thing about heavy metal is the tension between metal's strong sense of being part of a non-mainstream subculture, and metal's place in the industry of modern pop and rock music. That's because I'm essentially a sociologist. Other heavy metal scholars might be interested in the way the music is constructed, or the meaning behind song lyrics, or the history of the scene, or the use of heavy metal as a philosophy or ideology of life. Heavy metal is just a subject field, a lens, through which we can think about problems in other academic diciplines."

Asked if he thinks academia has been hostile to metal in the past, or simply seen it as being part of the amorphous cloud of "rock" without an identity of its own, Spracklen said: "I think there have been academics who have been very dismissive of heavy metal in the past, people who have seen the music as serving no good purpose in everyday life. I think for many of these critics, their own prejudices and tastes have got in the way: metal has always had that blue-collar association, and some cultural academics still can't bring themselves to acknowledge the diversity and depth of the genre. There are also some academics who think heavy metal is a great evil, and we still see some papers written that claim metal fans are more likely to be criminals and so on. This is just bad science, but every time someone publishes these crude generalisations the press picks up the story. This journal is the journal of the International Society For Metal Music Studies. This learned society is partly for academics who have a professional interest in metal, but also those in the industry who want to be a part of Metal Music Studies, including musicians and journalists, and fans." 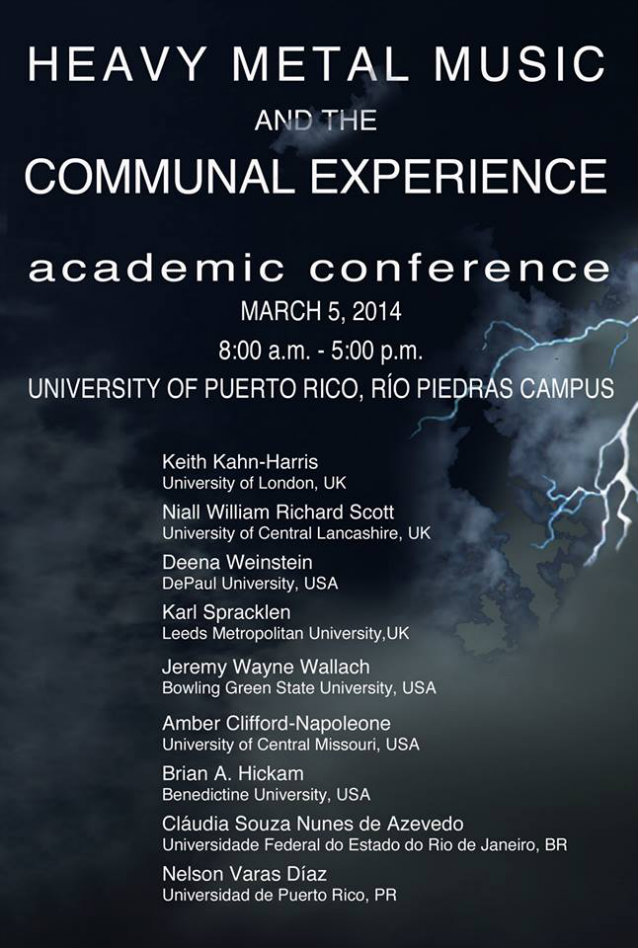