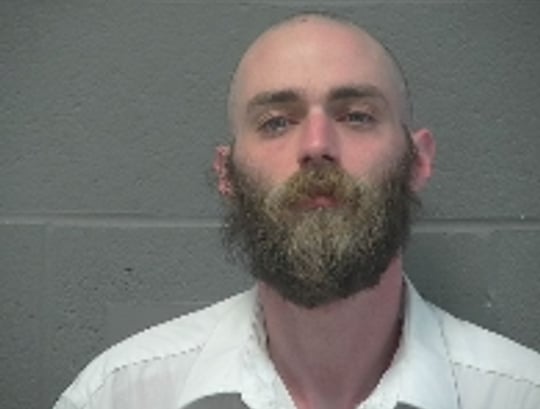 A university professor has shot down a suspected murderer's claim that he was driven by heavy metal music to commit his crime.

Detective Dave Scheurer testified last month that Lutz told him the music "spoke to him" and told him to kill before midnight on March 18 or that "Armageddon would begin and last for 1,000 years."

Daniel Shanahan, assistant professor of music theory and cognition at The Ohio State University, told 10TV.com that there is no basis to Lutz's claim.

"Music is no more of a motivator than anything else to do evil," he said.

Shanahan said dark poetry and morbid lyrics have been around for centuries and said those who blame music have for their crimes use it conceal their own mental health issues.

"I'm a big BEATLES fan, Charles Manson also listened to THE BEATLES, but had a much different reaction to 'Helter Skelter' than any other BEATLES fan," he said.

Lutz is charged with aggravated murder in the death of Brown in the victim's residence in the Morchester Villa senior citizens community.

A preliminary coroner's investigation found about 18 stab marks on the victim.

"Cody told me the final thing he did with the dowel rod was forced it down Omar's throat," the detective testified.

Back in 1990, a judge in Reno, Nevada ruled that JUDAS PRIEST was not liable for the deaths of two young men who cited the band's music as the reason they killed themselves.

At the heart of the lawsuit was the claim that JUDAS PRIEST's "Stained Class" album's songs contained messages that, when played backwards, said "try suicide" and "let's be dead." Lawyers said it was the song "Better By You, Better Than Me" with its subliminal command of "do it, do it, do it" that pushed the two men over the line to end their troubled lives.

Other lawsuits at that time sought damages because of violent lyrics in music, but the JUDAS PRIEST case was one of the first to claim that subliminal messages hidden behind those lyrics caused the deaths of young men.

Prior to the PRIEST lawsuit, legal action was initiated in at least three incidents where it was claimed that fans of heavy metal killed themselves after listening to Ozzy Osbourne's song "Suicide Solution". One of those cases was dismissed before coming to trial when a court ruled that song lyrics were protected by the free speech provisions of the First Amendment.

The Los Angeles serial killer Richard Ramirez left a hat bearing AC/DC's logo at the scene of one of his 13 murders in 1985. He later claimed that AC/DC's song "Night Prowler" inspired him to sneak into people's houses and kill them.