URIAH HEEP: 'A Visual Biography' Due In April 2021

The publication of "Uriah Heep: A Visual Biography" is something of a bitter‐sweet event given the recent news.

Following the very sad loss of Lee Kerslake in September 2020, Popoff — having interviewed various band members over the past few years — was all set to conduct another interview with Ken Hensley in mid‐November when the tragic news of Ken's sudden departure reached HEEP fans around the world. Undeterred, the decision that had already been made to immortalize URIAH HEEP with a comprehensive visual biography remained.

Popoff's celebrated and detailed timeline takes us through more than 50 years of massive rock history from this much‐loved band. From the early days with legendary frontman David Byron, through the John Lawton years, the John Sloman- and Pete Goalby-fronted periods, and from 1986 with Bernie Shaw taking center stage, all eras are comprehensively covered.

This differs from previous URIAH HEEP books with the inclusion of so many previously unpublished photos, along with rare memorabilia and artefacts that makes this an indispensable addition to the vast URIAH HEEP catalogue.

Customers who pre‑order by January 31 can have their names printed on a dedicated fan page.

URIAH HEEP's 25th studio album, "Living The Dream", was released in September 2018 via Frontiers Music Srl. The disc was helmed by the widely respected Canadian producer Jay Ruston, known for his work with STONE SOUR, ANTHRAX and STEEL PANTHER.

Mick Box is the original guitarist and sole remaining founding member of URIAH HEEP. He, vocalist Bernie Shaw and keyboardist/vocalist Phil Lanzon have formed the nucleus of the band for more than 34 years and released 17 albums together.

Along with LED ZEPPELIN, BLACK SABBATH and DEEP PURPLE, URIAH HEEP helped invent a decorative and uniquely British form of heavy metal with "Very 'Eavy, Very 'Umble", offered as a self-titled on American shores, but whatever the titling, historically massive in the invention of a music format that would rule the '70s and only intensify in the '80s. 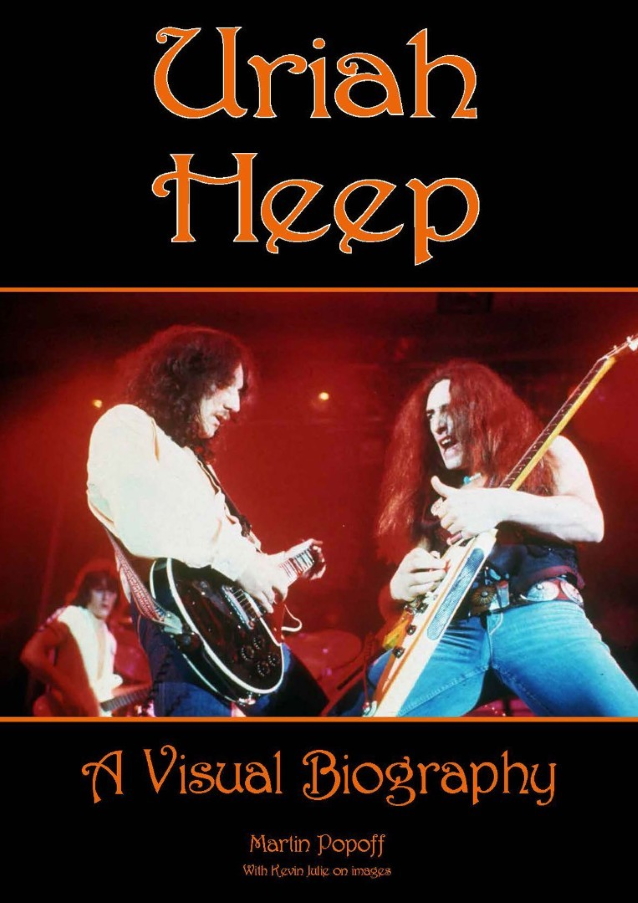